Fast Food by the Numbers 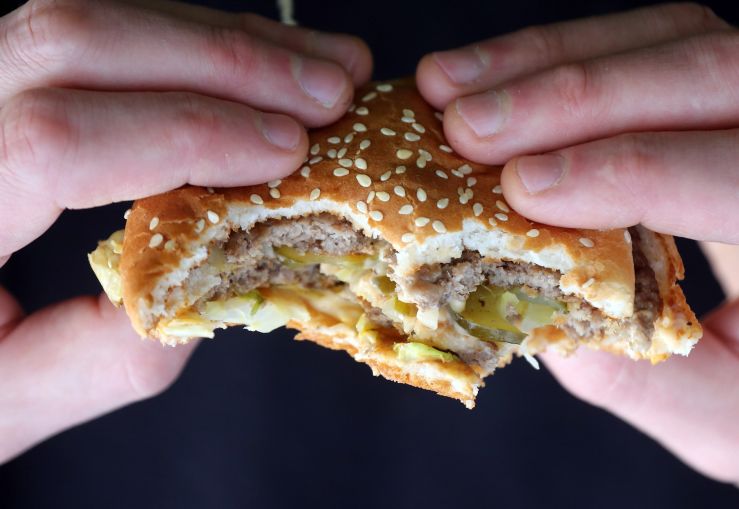 While Chick-fil-A is still in the early stages of its foray into New York and has ambitious plans, it still has a ways to go before it catches up to the other giants of fast food.

According to the Center for Urban Future’s 2015 “State of the Chains” report, released in December, the biggest national food chain in the five boroughs is Dunkin’ Donuts with 568 locations. Dunkin’ Donuts has topped the center’s list for the eight years it has been conducting the survey and was the top chain in every borough in the city except Manhattan, which was eked out by Starbucks. The coffee and donut colossus is also the fastest-growing food chain in the five boroughs, opening 32 stores last year, more than any other rivals.

Subway has the second-most outposts with 444 (although it closed 18 locations) followed by Starbucks with 307. McDonald’s, the world’s largest hamburger chain with more than $25 billion in revenue last year, actually closed 11 locations in New York, going from 243 outposts in the five boroughs in 2014 down to 232.

Checkers, another hamburger chain, went from a modest 17 locations in 2012 to 35 in 2015. The more healthful chain Just Salad went from 14 to 19 locations, and Chipotle wasn’t too hindered by its food poisoning controversy, experiencing a fairly healthy 16 percent growth, going from 50 locations to 58 (although who knows if those numbers will be different this year.)—Max Gross, Liam La Guerre and Lauren Elkies Schram 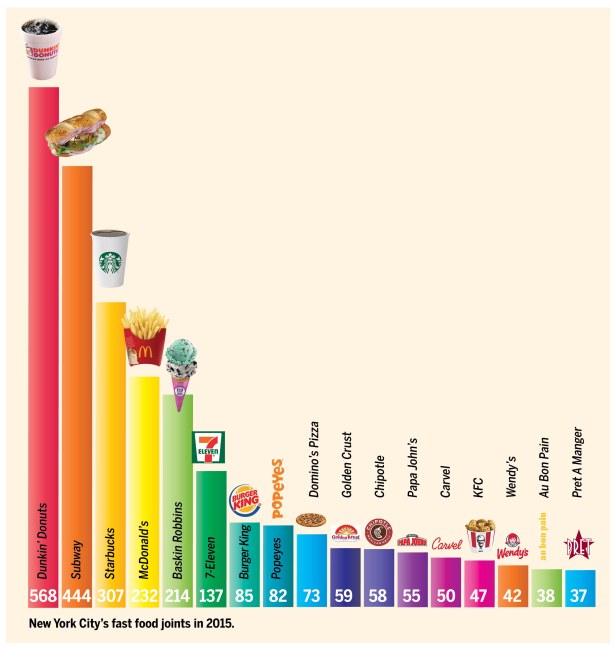