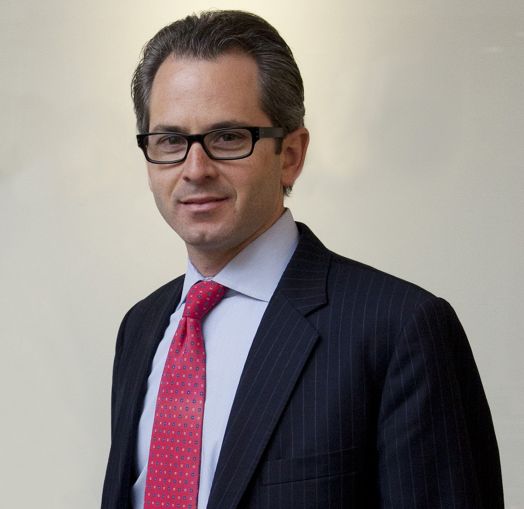 The name Elghanayan is a storied one in New York City real estate. That story began in the 1950s with the patriarch, Iranian-born Nourollah Elghanayan, who settled in Forest Hills and began investing lightly in New York properties—a legacy he bequeathed to his sons, K. Thomas, Frederick and Henry, who founded Rockrose Development Corporation in the 1970s. After the brothers split up the family assets less than a decade ago, settled in a famous coin toss over who got to choose first, Tom and Fred became the “T” and “F” in TF Cornerstone. Henry and his son Justin retain the Rockrose name.

In the last few years, TF Cornerstone has been one of the true behemoths in Long Island City’s ever-expanding residential rental market (with a few forays into condominiums, as well), and most recently, they’ve delved into Downtown Brooklyn.

We sat down with Jeremy Shell, who serves as the head of finance and acquisition for the firm, at TF Cornerstone’s Park Avenue South office to get his view of the market and why this family is so gung ho on building big. It should be noted, Mr. Shell is no outsider to the family—in 2004 he married Tom’s daughter, Jessica Elghanayan.

Commercial Observer: How did you get the real estate bug?

Have you ever tried to talk TF Cornerstone into getting into the hotel business?

We’ve talked a lot about it, and that’s definitely an area I think Jake [Elghanayan, Tom’s son and a senior vice president at TF Cornerstone] and I should over time figure out how to get involved [in]—either to buy a hotel or build a hotel and figure out whether that fits within our culture and skill set. Right now, we don’t have anything other than office buildings and residential apartment houses. We certainly know how to build, but I think within the spectrum of all the products that we offer…I think there is overlap between the residential world and the hotel world where we can sort of play and grow from there. We’ve always talked about the prospect of having a mixed-used development that incorporated a residential component, probably a substantial residential component, but also a hotel that provides services to the residents—so that’s something that I think might be the entry point for us if we find the right opportunity.

Could that be done in Long Island City?

It is a challenge because doing hotels in the boroughs has historically been difficult, especially ground-up construction of hotels in the boroughs. There have been lots of limited-service hotels that have sometimes succeeded. Others have failed. I think it’d be a lot easier, frankly, for us to buy a hotel or portfolio before sort of building ground-up. It’s something that I would love to do. I don’t know how comfortable we are in this cycle, but eventually we’ll get there.

As strong as ever. I mean, we’re practically 100 percent full throughout our portfolio. Our rents have continued to grow and probably outperformed our expectations as we’ve set budgets year to year…and I think what the near term will bring is a lot of supply into Long Island City and into Brooklyn, more limited in Manhattan. Depending on where the local economy is and the jobs, it’ll either be modest growth to a slight softening in the New York multifamily market.

It’s largely jobs-driven and our perspective is that it could create opportunities for us. We’re not afraid to develop through cycles like this, and so we’re not shying away from new deals, in fact, when there is a softening and a pulling back of capital, like private equity, and other capital, that’s sort of when we find that there’s opportunity to deploy. The two jobs that we’re currently building, we bought or got site control early in the economic recovery cycle, and it’s been more challenging to find sites like that over the last couple years.

Do you guys like condos? Or are you sticking exclusively with rentals?

We are rental-oriented. The way we think about holding these assets is holding them multi-generationally. We put all of our organizational expertise and manpower into each job that we do. We do two or three projects at a time, and we put everything into those. And so, it’s hard for us to do that and then sell it out and not have something to show at the end of the day. We’re not promote-driven and fee-oriented. We don’t have third-party capital that we’re managing; we’re only managing the family’s capital. Selling condominiums is very tax-inefficient—you’re paying ordinary income taxes on your sales, so it’s not a great product for us.

It’s never felt good, even if you timed it well. Like, we’ve done some condos in the past, right? Chelsea Mercantile, very successful—on the [internal rate of return] we made a ton of money. But—and I don’t know the numbers so don’t quote me—we sold out at well south of $1,000 a foot, and we had increased pricing dozens of times. And it still doesn’t feel good, even though we’ve made whatever money we made and the return that we made on that. To look back 10 years ago or 15 years ago at this point and to see where we sold it relative to the values that you’d place on it today at probably north of $3,000 a foot, if we had just carried out our business plan of holding onto that thing, we’d be in a better place.

Interesting story about 99 Jane Street [another TF Cornerstone condo finished in 1997]. I don’t remember what the numbers were; we probably sold that one out somewhere between $500 and $800 a foot. My buddy just sold his condo for over $3,000 a foot in that building.

Right now we have expertise in ground-up construction—as much as anyone. We do all of our construction in-house with our own general contractor, but we’re obviously also the developer and the capital provider, the manager [and do] the leasing. Fifteen years ago we were buying vacant office buildings and converting those to apartment houses—as we did at 200 Water Street, 45 Wall Street [and] 99 John Street—creating thousands of apartments out of existing office buildings. I think if you ask Tom or Fred what they get most excited about is the opportunity to convert these types of buildings, adaptive reuse buildings, into apartment houses. The issue is the tax programs that are available—or were available until 421a blew up—were available for ground-up construction and not for conversion of buildings into apartment houses, so we have to go where it is financially feasible. That was in ground-up construction. But we would have loved to buy properties and continue to covert them. They’re both interesting.

Did 421a blow up any of your current plans?

No, thankfully. Both 33 Bond Street and 606 West 57th Street are being worked on right now by us; they are both in the ground. We were, I guess, grandfathered in a sense that we got our foundations in and we got a building permit and our financing in place before the 421a lapsed. [See story on 421a on page 44.]

So there was nothing on the drawing board that you guys said, “Well, we’ll put it on ice?”

There’s stuff in the pipeline that we’re hopeful that comes together, but it’s far enough out that 421a—in some form—hopefully will come back and make residential development more viable. Anything else we’re working on isn’t relying on 421a.

You recently did a deal in Reston, Va., for a two-building, 200,000-square-foot project. Does that mean TF Cornerstone is looking outside of New York?

We have a big portfolio of office buildings in Washington, D.C., and we’ve added onto that at a pace of about one a year for several years now. We have eight, and I think Reston makes nine. Reston is our first project outside of the core central business district in Washington, D.C., but we liked the theme of what Reston brought, which was basically two stable cash-flowing office buildings with a large land component that, because of its proximity to the new metro line and the neighboring parcels that are also planning office, residential and retail, are really great.