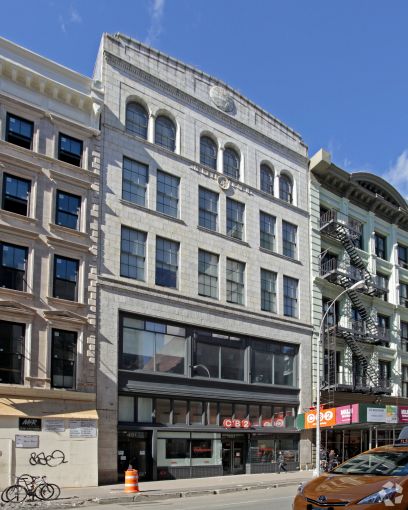 Technology startup Boxed has inked a 12,912-square-foot deal to relocate within Soho to 451 Broadway, according to a press release from Savills Studley.

The second-floor space at the building between Howard and Grand Streets is a major upgrade for Boxed, which has been in 3,000 square feet at 110 Greene Street, according to the release. Asking rent was in the $70s per square foot.

“We love being in Soho and are thrilled that we’ll be able to continue to grow our footprint in this exciting, dynamic area of Manhattan,” DJ Williams, a vice president at Boxed, said in prepared remarks.

Boxed signed a seven-year direct lease at the 73,000-square-foot 451 Broadway, according to The Wall Street Journal, which first reported news of the deal.

The full-floor space was formerly leased by website design platform SquareSpace, which in turn had been subleasing it to Ideo, according to the release. Mr. Holzman negotiated an agreement in which both tenant and subtenant terminated their leases at the building. It wasn’t immediately clear where the companies would relocate.

“Through creative thinking we were able to create an opportunity for Boxed to expand on a long-term basis within a very tight submarket,” Mr. Holzman said in a statement.