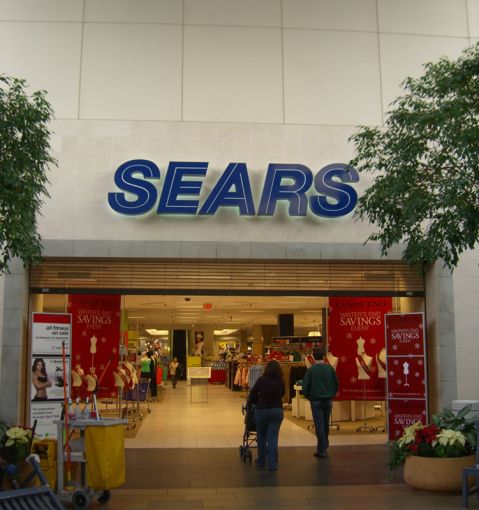 Morningstar Credit Ratings has identified $56.9 million in debt, across five commercial mortgage-backed securities deals, that could be adversely affected by Sears Holdings’ closure of 78 stores nationwide. In a report released on Monday, the rating agency identified an additional five CMBS loans with elevated risk of term or maturity default related to the closings. The retailer announced the decision to close 68 Kmart and 10 Sears stores last week.

The greatest risk is posed to the $32.2 million mortgage on the 354,762-square-foot Midland Mall in Midland, Mich., according to the Morningstar report. The note comprises 1.7 percent of the Lehman Brothers-sponsored LBUBS 2006-C6 CMBS deal. Sears is the second-largest tenant and occupies 17.7 percent, or 62,700 square feet, of the mall. Although the property generated $3.2 million in cash flow in 2015, and had a debt service coverage ratio of 1.17x, the loss of Sears could drive the loan’s DSCR closer to break-even and push the loan-to-value-ratio nearer to 100 percent.

“The closings are going to have a meaningful impact on CMBS deals with significant exposure to Sears and Kmart, as an economic impairment to these securities will be felt should these underlying loans with exposure default,” a CMBS bondholder who declined to be named, told Commercial Observer Finance. Additionally, the source explained, as Sears and Kmart are considered “anchor tenants,” a “dark” or vacant store could trigger co-tenancy provisions in the leases of surrounding tenants causing damage to the finances of the center.

The source also offered further concerns regarding CMBS deals with exposure to both Sears and Macy’s stores; both retailers are anchor tenants, and both are in the process of shuttering several stores in 2016.

Representatives for Sears could not immediately be reached for comment.