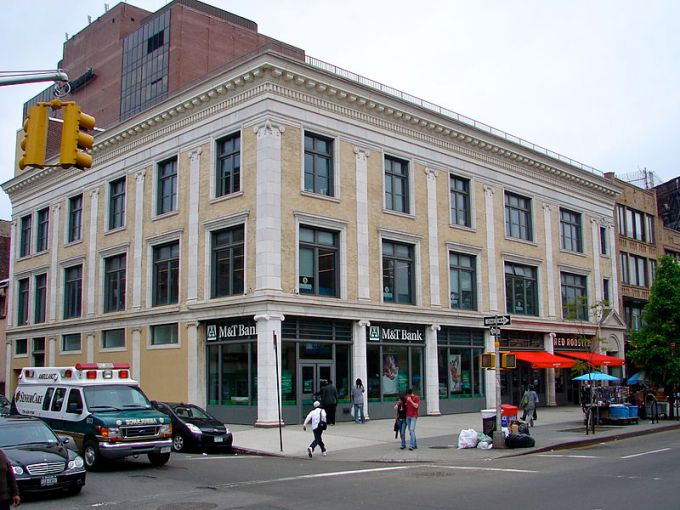 The owners of Red Rooster Harlem at 310 Lenox Avenue and L+M Development Partners have purchased the building in which the restaurant resides from the National Basketball Players Association (NBPA) for $21 million.

Red Rooster, a soul food restaurant led by chef Marcus Samuelsson, has operated in about 4,000 square feet on ground floor in the three-story commercial building between West 125th and West 126th Streets since 2011. A spokeswoman for the restaurant did not return a request for comment.

L+M now has a 50 percent stake in the building via the sale, according to city records. It is not immediately clear what plans the developer has for the building. A spokesman for L+M confirmed the company’s involvement but declined to comment further.

The players union sold the nearly 25,000-square-foot property after “having outgrown its space in the building,” Avison Young’s Neil Helman, who represented the NBPA, said in prepared remarks. Mr. Helman worked alongside colleagues Charles Kingsley, Jon Epstein and Vincent Carrega.

“With an abundance of development along 125th Street, and the continued renaissance that’s taking place in central Harlem, it is quite apparent that the new ownership will surely realize a significant return on its investment as they have an opportunity to reposition the property now and in the years to come,” Mr. Helman said in the statement.

NBPA was in contract to sell 310 Lenox Avenue in September 2015 as Commercial Observer previously reported, but the identity of the buyer was not revealed at the time. The sale price was nearly six times what the union paid for the property in 2007 (about $3.4 million).

The sale closed on March 31, according to property records released last week. The NBPA signed a 47,294-square-foot lease deal last year for its new digs at 1133 Avenue of the Americas on the fourth floor.

Update: This article was edited to include that L+M Development Partners was a 50-percent buyer of the property.