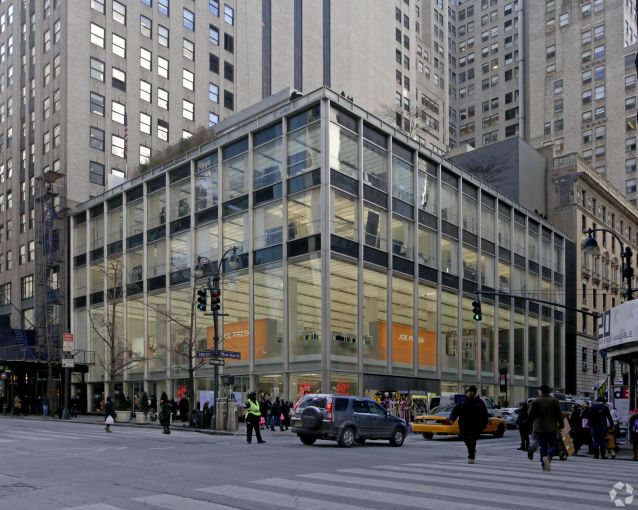 Outerwear retailer North Face has entered into a sublease with Joe Fresh for close to 20,000 square feet at 510 Fifth Avenue, The Real Deal reported.

The deal was signed on Tuesday and the company is set to move in this August, according to CoStar Group. The sublease is for seven years, running through September 2023.

Asking rent for the ground-floor space was $800 per square foot, TRD reported.

Toronto-based Joe Fresh announced in May 2015 that it would shutter two of its New York City stores, including 510 Fifth Avenue between West 42st and West 43nd Streets, as Crain’s New York Business reported. It also pulled its clothing from J.C. Penny at the time.

Richard Hodos, Daniel Alesandro and Joseph Hudson of CBRE have been shopping around the space 510 Fifth Avenue, formerly known as the Manufacturers Trust Company Building, on behalf of Joe Fresh. The brokers declined to comment via a spokeswoman. North Face’s broker, James Downey of Cushman & Wakefield, did not immediately return a request for comment through a spokesman.