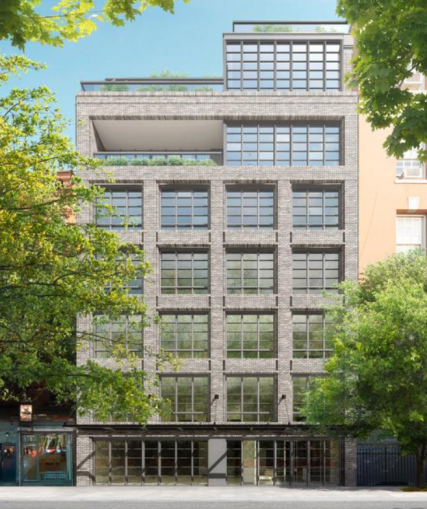 A rendering of 204 Forsyth Street.

Eastern Consolidated’s capital advisory division handled the deal for Mr. Saulson, after arranging the original construction loan for the project two years ago. The brokerage’s Adam Hakim, Sam Zabala and James Murad worked on the transaction.

The new debt is being used to refinance the original $19.3 million loan provided by Hudson Realty Capital in October 2014. Mr. Zabala of Eastern Consolidated explained that refinancing a construction deal mid-construction is uncommon, but there were some extenuating circumstances that resulted in cost overruns.

“The project is between a school and an old Lower East Side building…when you dig deep it starts to affect the next door neighbors’ foundations,” he said. “The combination of that and the rapid escalation in construction prices over the last 24 months caused some budget imbalances in the deal.”

“[Churchill is] very uniquely suited for the refinance take-out because of their affiliation with a developer,” Mr. Zabala said. “They really understand construction and mid-construction.”

Once the seven-story condo development is completed, it will house 11 units—10 two-bedrooms and one-three bedroom, ranging from 1,500 square feet to 2,900 square feet. A two-bedroom, two-bathroom unit is currently in contract for $3.6 million, according to StreetEasy.

Mr. Saulson acquired the site between East Houston and Stanton Streets for $4.5 million from the Roman Catholic Church of the Nativity in October 2012, according to property records. The old five-story building on the site, which was constructed in 1927, last housed the Nativity Mission Center, a Jesuit-run all-boys middle school for students from underprivileged families. The Jesuits first purchased the building in the 1940s and opened the school in 1971, according to The New York Times. The school closed its doors because the Lower East Side was no longer a low-income area, and its students were coming from northern Manhattan and the outer-boroughs.

Construction of the new condo property should be completed in the next 12 to 15 months, Mr. Zabala said.

Mr. Saulson was not available for comment. A representative for Churchill did not respond to a request for comment.