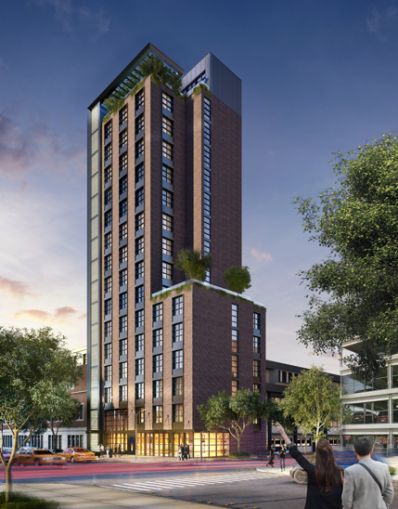 TCX Development, a developer based in Great Neck, Long Island, is planning to erect a 15-story, 72-key hotel in the Jamaica area of Queens, Commercial Observer has learned.

“We’re looking forward to this project and the potential of downtown Jamaica as a hotel district,” Mr. Asherian said. “Ten minutes from [John F. Kennedy International Airport] via the AirTrain, 20 minutes to Penn [Station] through the LIRR—you can’t go wrong here.”

The developer, which is behind a few residential buildings in Jamaica, including 190 Hillside Avenue and 177-30 Wexford Terrace, purchased the site at 92-18 150th Street for $1.7 million in August 2015, city records show. It then demolished the one-story commercial building that was on the site.

Plans for the new hotel have yet to be filed with the New York City Department of Buildings, but Mr. Asherian confirmed that the firm will do so soon. ARC Architecture + Design Studio is designing the project. The hotel will be built with brick and metal panels, ARC Principal Robert Bianchini said.

Rooms at the new hotel will be 250 square feet on average. There will also be a terrace on the seventh floor due to a setback requirement. Mr. Ashierian said pricing has not yet been determined, but nightly room rates in Jamaica start at around $90 and climb to about $120, according to online travel website Priceline.com.

The hotel will not have a parking facility, but has easy access to the E, F and J subway lines as well as various buses. As for the brand of the hotel, Mr. Asherian couldn’t say what it will be just yet.

“We have interest from both hotel chains and boutique hotel operators, but nothing has been finalized yet,” he said.