The Plan: Inside Time Inc.’s Brooklyn Offices at Industry City 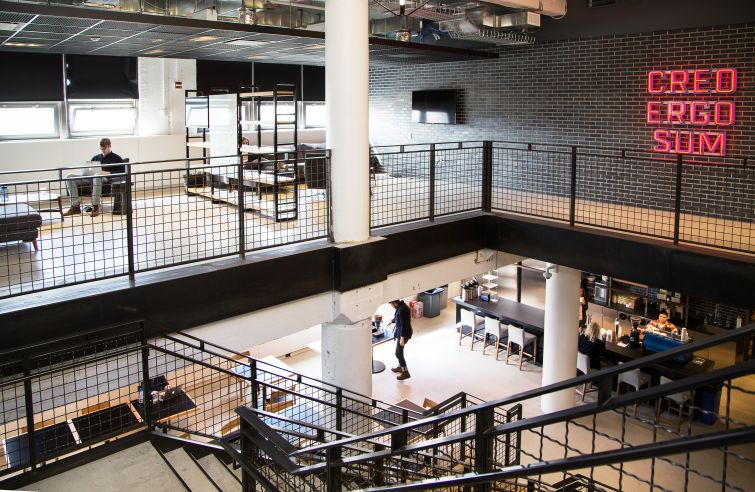 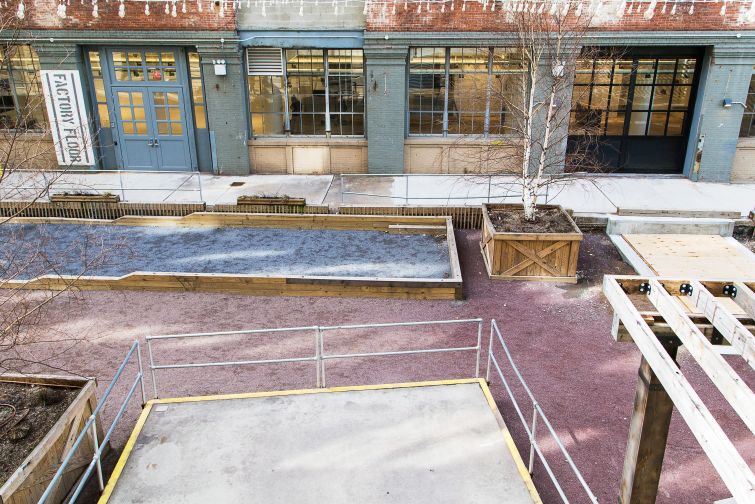 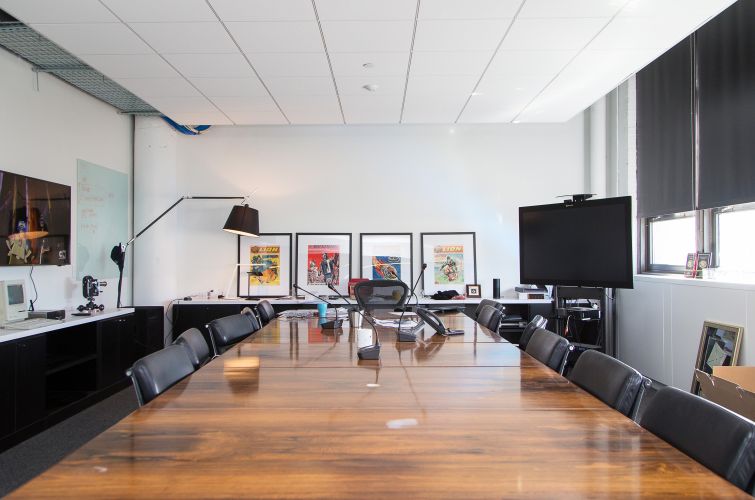 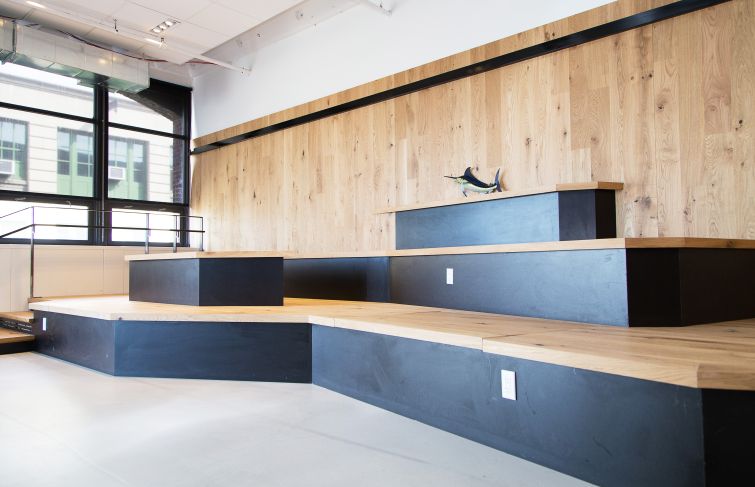 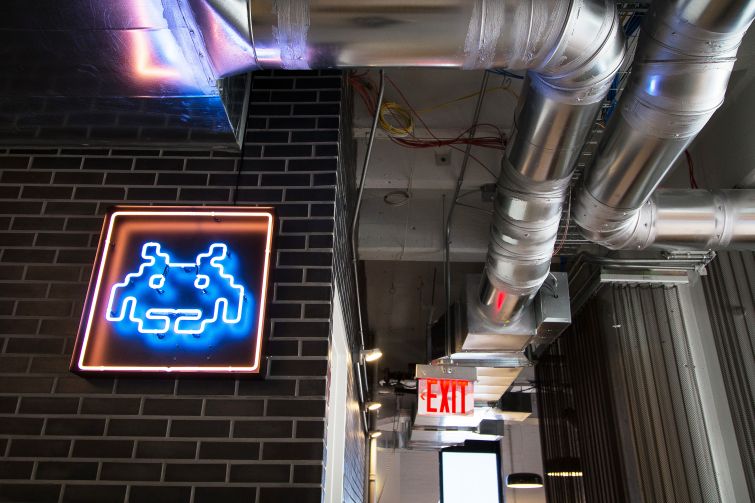 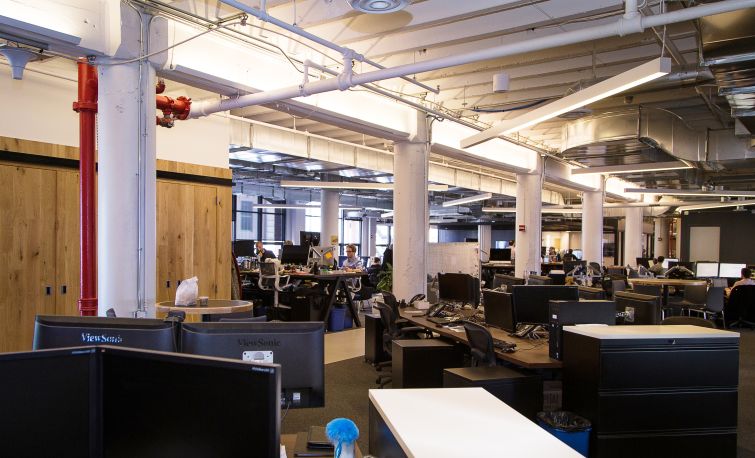 There is open space for its more than 300 employees (Photo: Kaitlyn Flannagan/ For Commercial Observer). Liam La Guerre 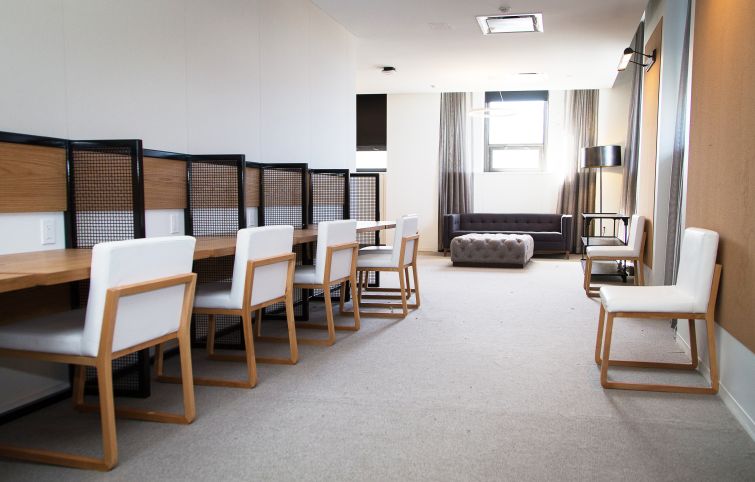 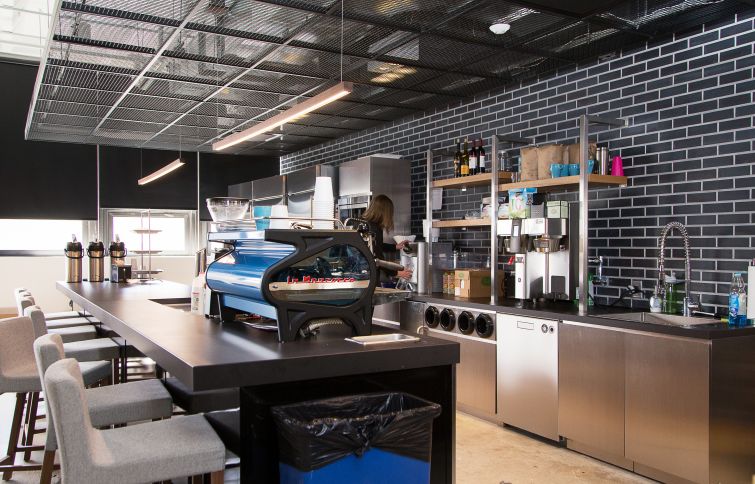 For its first offices in Brooklyn, you might think Time Inc. would have gone for glassy, corporate-style digs similar to its Manhattan headquarters in Brookfield Place.

But that just wouldn’t make sense. The media company moved its tech department to Industry City, where landlords Jamestown and Belvedere Capital have a $1 billion plan to outfit the former Bush Terminal shipping and manufacturing complex into a 6-million-square-foot creative retail, office and light-manufacturing center. So when in Brooklyn, do as Brooklynites do.

Time Inc. purposely built a gritty look—metal, wood, neon and polished concrete—for its Sunset Park office at 241 37th Street, consistent with other Brooklyn tech or media companies. The logic is the creative approach will inspire innovation.

“We really did want to pay a little bit of homage to [Industry City],” said Donald Hickey, the vice president of real estate and facilities capital projects for Time Inc. “Instead of taking the corporate look and feel that we were building around the same time in our headquarters [at 225 Liberty Street] and kind of just transplanting it out here, we felt as though we would take the opportunity to look for a different aesthetic.”

The TPG Architecture-designed offices feature various works from Brooklyn-based artisans: Metalwork for the walls and the staircase was crafted by ATH Studios, a fellow tenant in Industry City; about a dozen neon signs scattered throughout the two floors (of 26,000 square feet each) were made by Lite Brite Neon Studio, which is located in Gowanus; there’s an industrial-designed chandelier by Navy Yard-based artist James Dieter; and wooden work desks, conference tables and benches were crafted by Red Hook’s Uhuru Design.

Time Inc.’s office houses 326 workspaces, which includes six private offices; employees have been in the space since Dec. 18, 2015. The bulk of the office was designed as open space with a mix of standing desks and traditional workstations and 25 small collaborative commons areas and 10 enclosed conference rooms. The two floors, which have nearly 14-foot ceilings, are connected by a spiral staircase with a wide, wall-less stairwell that makes the two floors visible to each other.

There’s no mistaking this is a technology-driven office—there are TVs everywhere, about 60 of them, Mr. Hickey said. And the office’s computer servers are in a glass display on the fifth floor. Time Inc.’s Chief Technology Officer Colin Bodell’s office is on the fifth floor as well. But it’s not without fun. Time Inc. has a game room with foosball and a pinball machine and a wooden bleacher-like installment used for informal meetings during the day and occasional yoga sessions. There is a quiet library space tucked away in a far corner with sound absorbing features and cushioned chairs and carpeting.

A portion of Time Inc. Brooklyn is an auto showroom on the ground floor. The 5,000-square-foot space will be where Time Inc.’s The Drive—a digital editorial about vehicles—will test prototypes and photograph cars. The showroom has an entrance leading to Industry City’s parking lot, and it comes with a car lift to get vehicles in the building. (Administrators wouldn’t let Commercial Observer look inside when we stopped by for a visit, as it was still being set up.) And in the courtyard in front the showroom there is a bocce court—because, well, it’s Brooklyn.

“They came into Brooklyn and immediately became part of Brooklyn with this move,” Michael Phillips, Jamestown’s president, said. “I think the materiality and choice of local vendors and sourcing, reinforces that connection for their workforce.”