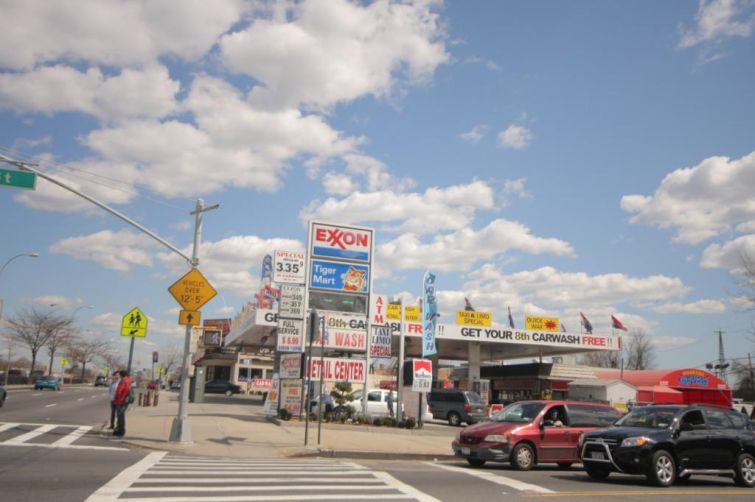 A 2008 photo of 69-02 Queens Boulevard before Gulf Oil took over the gas station.

The sale of the 29,000-square-foot lot between 69th and 70th Streets in the Woodside section, which includes a vacant 4,335-square-foot gas station building, closed on Feb. 3, according to city records made public today. The site offers more than 145,000 buildable square feet for a commercial and residential development, as per an old Massey Knakal Realty Services marketing flyer. (Cushman & Wakefield purchased Massey Knakal in 2014.) Cumberland Farms was asking $13.5 million for the site.

C&Ws Thomas Donovan, Eugene Kim, Robert Rappa, Edward Gevinski and Brian Streilein represented Cumberland Farms in the deal. A C&W spokeswoman did not immediately respond to a request for comment.

“We couldn’t be happier with this deal and we’re looking forward to contributing to a thriving and exciting area,” Joshua Zegen, a co-founder and the managing principal of Madison Realty Capital, said in a prepared statement.

Cumberland Farms purchased the Woodside property in 2003, city records indicate. The building at 69-02 Queens Boulevard was being used as a Gulf Oil fueling station until last year. Gulf was a division of Cumberland until it sold the gas distribution business to private equity firm ArcLight Capital Partners for more than $800 million last year, as the Boston Globe reported.

A spokeswoman for Cumberland Farms declined to comment on the property sale via an email.

Update: This story has been edited to include comments and additional information about the sale and the buyer’s intentions.