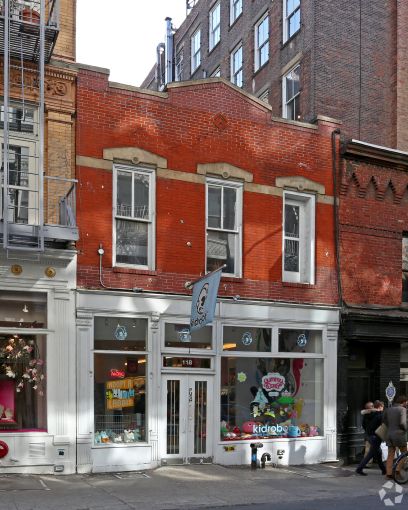 A Bali-inspired jewelry company is opening its first location in the United States in Soho at 118 Prince Street between Greene and Wooster Streets, Commercial Observer has learned.

John Hardy, which is based in Southeast Asia, will take all three floors of the building, amounting to 3,600 square feet, according to Thor Retail Advisors, which represented the landlord in the deal. The retailer will move into its space this summer, said Matthew Seigel, the executive vice president of the brokerage.

Asking rent on the ground floor was $1,200 per square foot, according to Mr. Seigel. John Hardy signed a “long-term” lease, Mr. Seigel said, declining to be specific. The space will be divided between the ground floor, the basement and the second floor, he added.

John Hardy opted for Soho because of the heavy foot traffic in the retail-focused neighborhood, Mr. Seigel said. He said 118 Prince Street stood out particularly because it is a one-purpose building—something that’s a rarity on the street.

“You have a really excellent and dynamic assortment of retailers, and a pretty broad range,” Mr. Seigel said. “There just aren’t a lot of small, individual identity buildings on Prince Street.”

Paul Muratore of CBRE represented John Hardy, and declined to comment via a spokeswoman.

The John Hardy lease is one of two that Thor Retail Advisors has signed in the neighborhood as of late. It also represented the landlord in a 3,500-square-foot deal with pants designer Frame Denim at 51 Greene Street between Grand and Broome Streets; Mr. Seigel declined to provide details on that transaction.