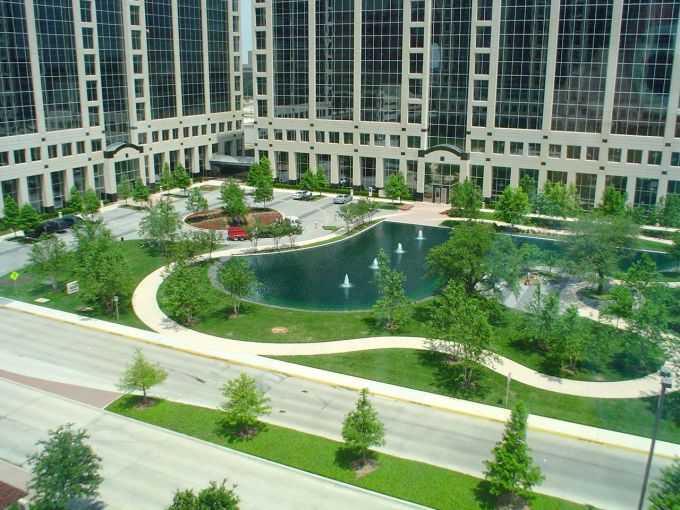 Robert Verrone’s Iron Hound Management Company, which specializes in loan workouts and debt originations, negotiated a two-year extension on the large CMBS deal, which was set to mature this June. If the property’s sole tenant, J.P. Morgan Chase, renews its lease, Two Trees will have the option to extend the loan for another three years, Mr. Verrone said. The banking giant’s lease is slated to expire in February 2018, according to data from Trepp.

RBS Greenwich Capital, which became RBS Securities in 2009, originated the mortgage in March 2006 and it currently comprises about 12 percent of the remaining collateral in the Goldman Sachs-sponsored conduit GCCFC 2006-GG7, making it the second-largest note securitized in the pool.

The proceeds of the loan were used to fund Two Trees’ $263 million purchase of the office plaza, according to the original loan prospectus. The office site is located at 14201 and 14221 Dallas Parkway and contains one 13-story and one 15-story building.

The $225 million loan was eventually split into a $195 million A note and a $31 million B note. The A note has since amortized to its current balance of $165 million. The debt service coverage ratios on the A note and B note is 1.33x and 1.10x, respectively, according to Talmage.

In November 2015, Two Trees indicated to the servicer that it would not be able to repay the debt at maturity in June. The property’s full 2015 financials have not been provided and payments on the loan remain current, according to Trepp.

Mr. Verrone told CO that as the CMBS market continues to suffer, borrowers are turning to his workout business for assistance.

“We get deals closed,” he  said.
A representative for Two Trees was not immediately available for comment.

Updated: This story has been updated to reflect the correct DSCRs for the $165 million A note and $30 million B note.