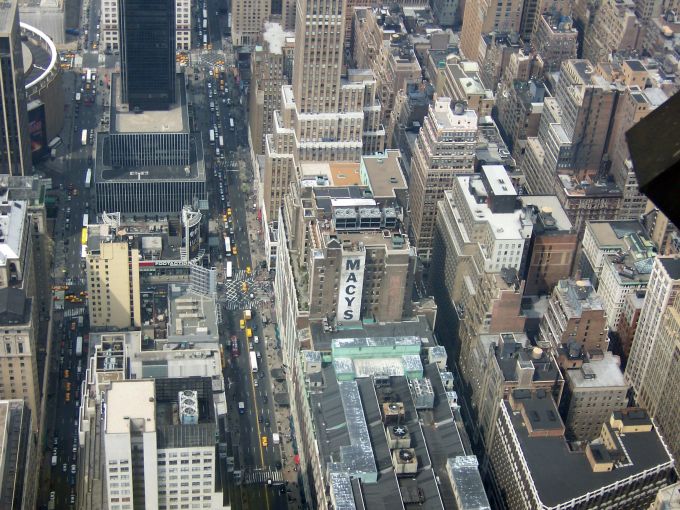 For the third year in a row, the total number of non-apparel related tenants in the Garment District (3,472) outnumbered that of clothing companies (2,589) (Photo: Jon Dawson/ Flickr).

The threads of the Garment District have been unraveling for sometime now. With fewer fashion tenants populating the stretch of Midtown from West 35th to West 41st Streets and Fifth to Ninth Avenues, the area is becoming a patch quilt of hotels and other commercial uses.

The number of non-apparel companies  last year totaled 3,472, which was the third straight year they outnumbered clothing companies, totaling 2,589, according to a recently completed report by the Garment District Alliance provided to Commercial Observer. But in the 21st Century, when the lines of Manhattan districts are blurring, the garment industry doesn’t have to be as clustered, and some firms have left the business district.

“Originally the whole neighborhood was built by and for the industry,” said Barbara Blair Randall, the president of the Garment District Alliance. “But as we have seen with the evolution of every industry in the U.S., it has changed over the years. The [fashion] industry is not as district-centric as it once was. If you look back 30 years ago, everybody was here. You had to be here.”

The district lost 55 apparel-related tenants between 2015 and 2014, according to the report. That added up to 586 fewer workers in production, design and other fields. While areas such as design and marketing have remained relatively stable, the clothing production industry has dropped significantly in the last few years, Ms. Randall said.

“The city is a hub for creativity,” she said. “It’s not for factories.”

Big chunks of commercial space could be coming to market in the Garment District, as well. Advertising firm GroupM topped the list of  Garment District firms that added employees with 1,800 new hires last year. But it’s slated to leave the 86,438 square feet CoStar Group data shows it leases at 498 Seventh Avenue between West 36th and West 37th Streets when it moves Downtown to 3 World Trade Center in 2018.

Hospitality has become a dominant force in the manufacturing district.

Ms. Randall said there have been 33 new hotels built in the area since 2005 with another 20 in the pipeline. Between 2011 and 2015, hotel development has removed 500,278 square feet from the district’s inventory—a significant chunk of which was demolished since 2014, according to the report.