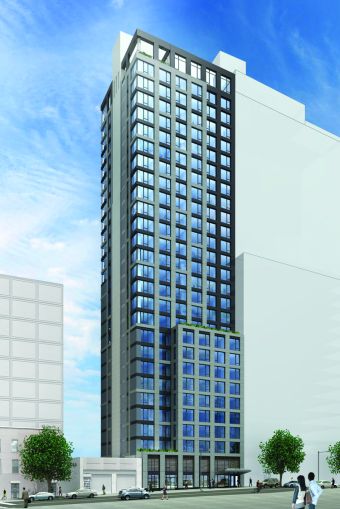 New York-based development firm Twining Properties and its investment partner CBD lined up $70 million in debt and equity to fund the development of a 27-story residential rental project in Long Island City, Commercial Observer has learned.

“Essentially we seek properties that are close to transit access and Court Square is one of the most heavily serviced by transit in metro New York,” Mr. Twining said. “We just think that Long Island City is going to continue to grow and be a really exciting place to live.”

The 168-unit complex will house a mix of studios and one- and two-bedroom apartments. The smallest studios will start at 450 square feet.

Construction recently started on the development, and the foundation is currently being built. The project is slated for completion in fall 2017.