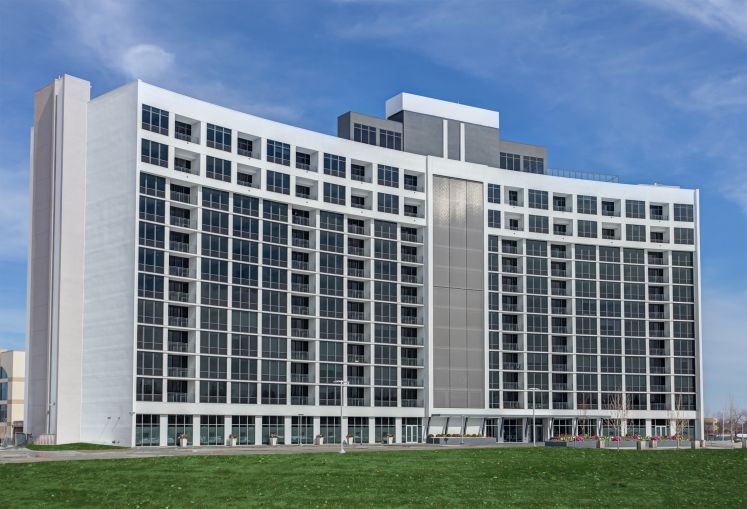 Rendering of One Arlington

Manhattan-based Square Mile said the loan, which sources confirm is a five-year, floating-rate instrument, was made to Stoneleigh to refinance existing debt at the property.

Stoneleigh completed the One Arlington project in June 2015. The Illinois-based company converted a former Sheraton Hotel into a mixed-use property made up of 214 luxury units, 17,200 square feet of ground-floor retail space and an underground parking garage.

“This was a unique investment opportunity that came together very quickly for us,” Matthew Drummond, a principal at Square Mile, said in prepared remarks.

He said the One Arlington asset represents the first phase of a master planned urban redevelopment overlooking the Arlington Park Racetrack.

“The borrower had an immediate refinancing need in order to maintain project momentum, and we were able to underwrite and close in just a short time,” Mr. Drummond added.

Stoneleigh President and Chief Executive Officer Rick Cavenaugh said that Square Mile was able to offer the company “flexible terms beyond those available from regulated banks.”

“Once the terms were set, the march to closing was extraordinarily efficient, taking approximately two weeks,” he noted.