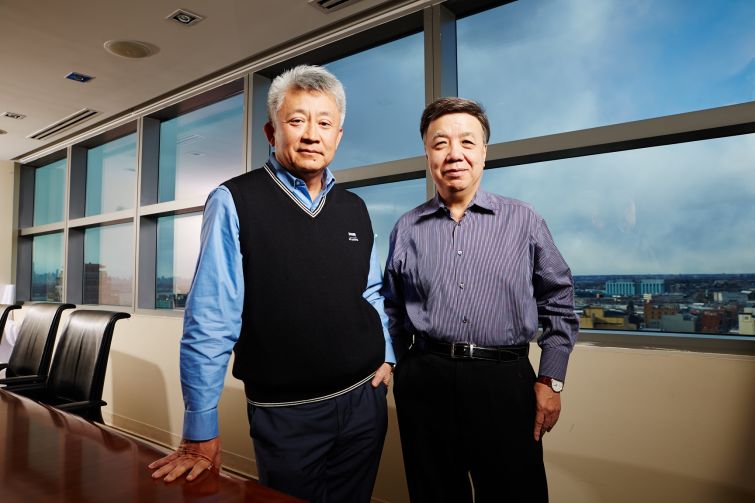 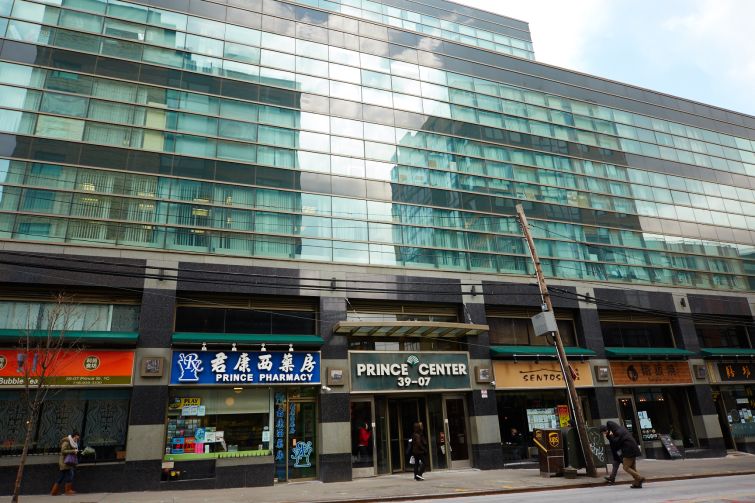 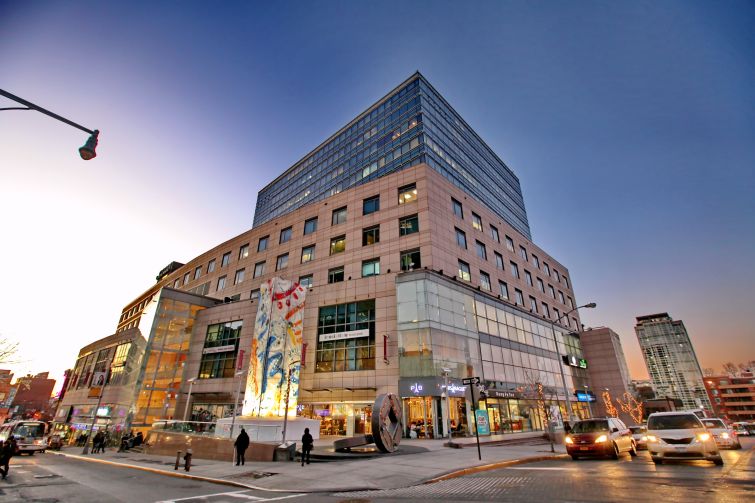 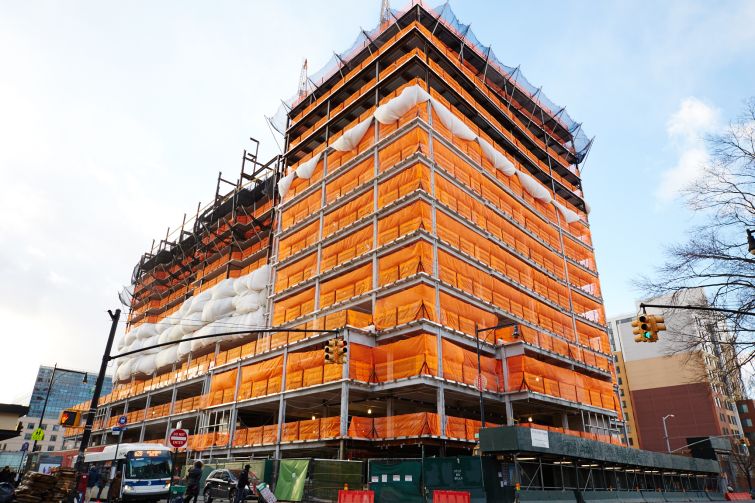 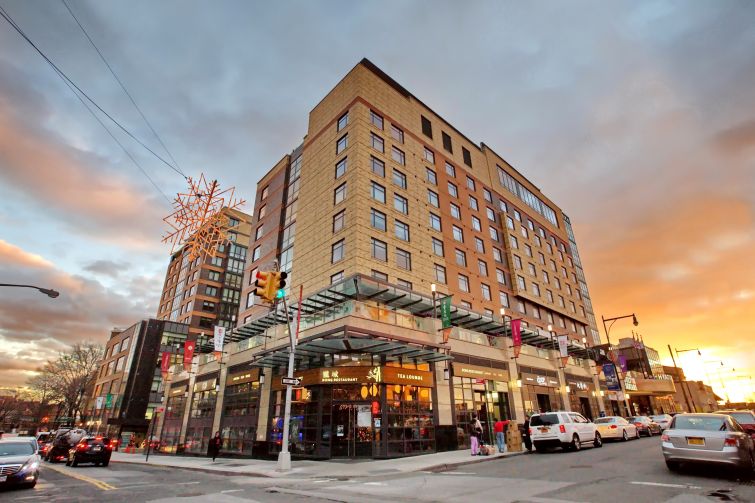 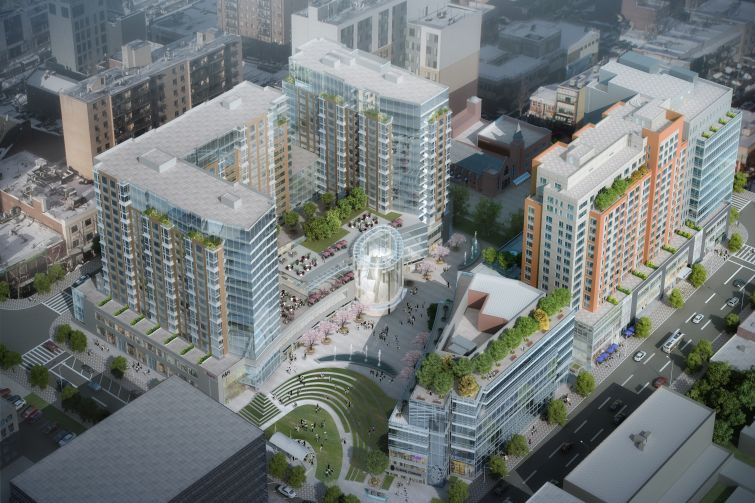 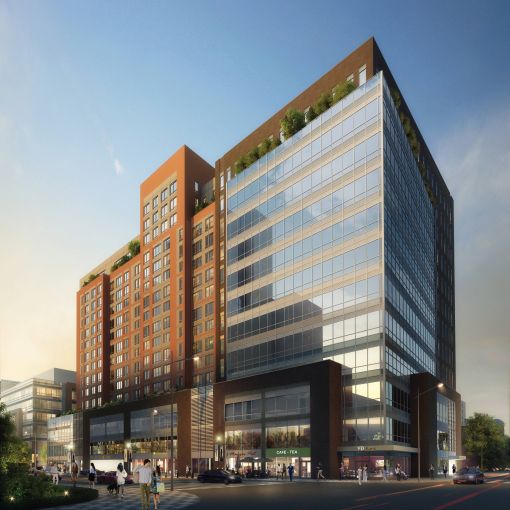 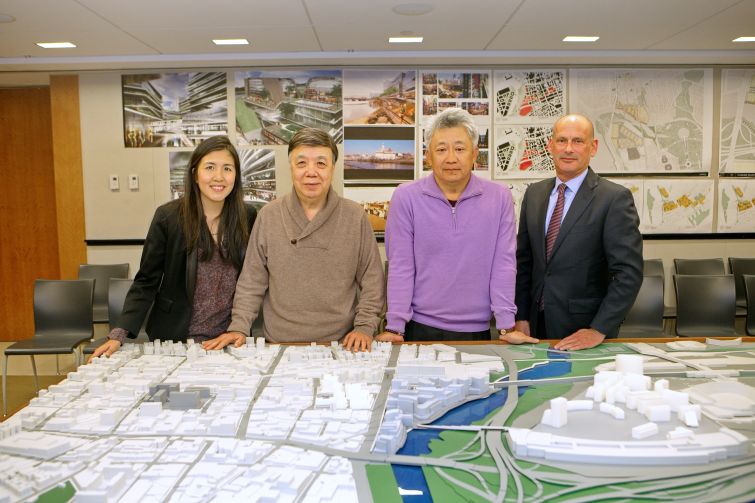 In the mid-1990s when many Manhattan-based developers didn’t know Flushing from Finland, Taiwanese immigrants Michael Lee, 67, and Sunny Chiu, 58, had a vision for the downtown part of the neighborhood as a vibrant, thriving mixed-use environment.

They had a poster made up that they hung in their office, plotting out their development plans beginning near Main Street and going westward past the waterfront of Flushing Creek and ending in Flushing Meadows Corona Park, including office towers, a shopping mall, luxury condo residences and hotels.

To their eyes, the neighborhood had everything in the making for a great urban metropolis: “Location, transportation and also the community,” said Mr. Lee, F&T Group’s chairman and chief executive officer. “This is an international [community]. So we had a great opportunity to make Flushing a major destination.”

Indeed, Flushing has a diverse mix of Asians, Caucasians and Hispanics; a 7 train depositing passengers in Times Square and an Long Island Railroad line to Penn Station; the Van Wyck Expressway with an easy route to John F. Kennedy Airport and the Grand Central Parkway to LaGuardia Airport; and plays host to the U.S. Open and New York Mets.

Messrs. Lee and Chiu formed the development company F&T Group in 1996 to chase this dream, and two decades later are arguably responsible for transforming Flushing from a plain neighborhood to a bustling commercial and cultural hub.

F&T Group, which has development, property management, leasing and construction arms, has worked on projects in Manhattan in recent years, but while Flushing exploded as the Asian capital of the Big Apple, it has remained at the heart of F&T’s focus in New York City. (In China, the company is building the 4.4-million-square-foot Nanjing World Trade Center office, retail and residential complex; its first phase is expected to be completed in 2018.)

“When we started we knew that Flushing had potential,” said Mr. Chiu, F&T Group’s vice chairman. “To sum it up, our mission was like let east meet west. Just like the 7 train. You just start here and go to the end to Times Square. We would try to [build] the Asian Times Square. And the Asian Rockefeller Center.”

Messrs. Lee and Chiu come from distinctly different walks of life, but both immigrated, albeit separately, to America in 1982. Mr. Lee, who has a finance law degree from Fu Jen Catholic University in Taiwan, worked with his family’s shipping company after graduating. He was interested in real estate and started constructing buildings in Taiwan but wanted to get involved in the New York scene. When he came to the city, he founded a small construction company in Queens called Tafa Development Corp. (Tafa is the name of his family’s shipping company in Taiwan) and built small single-family homes in Jackson Heights, Rego Park, Woodside and Elmhurst. Mr. Chiu, who has an MBA from Pace University, specialized in financing business development at Great Eastern Bank beginning in 1986, the same year Mr. Lee became a client of his. Mr. Chiu rose to a vice president role before leaving the bank.

Mr. Lee, a devout Protestant, is widely recognized in his circles as a hopeless workaholic.

“The running joke in the company is that my father doesn’t have hobbies,” said Helen Lee, an executive vice president at F&T Group and one of Mr. Lee’s two children. (Mr. Chiu, on the other hand, is an avid golfer.)

Over the years, Mr. Lee’s construction projects grew, and Mr. Chiu joined forces with their first medium-sized project in the city—a ground-up, 100-key boutique hotel at 106 Fulton Street called Fulton Plaza in 1996. From there, F&T Group (for “Fulton” and “Tafa”) was born. (The building was later sold to Pace University and used as a dorm.)

The Fulton Plaza project did well, but the developers kept thinking of Downtown Flushing since many Asian immigrants were landing there, land was cheaper than in Manhattan’s Chinatown and Brooklyn’s Chinese area didn’t have as many transit options. The two began a process of acquiring land in Downtown Flushing.

“He decided that Flushing was really the place to be,” Ms. Lee said. “Literally, he saw what we see as Flushing today.”

They started their Queens construction spurt by building mixed-use condo projects. First was the 72-residential and 10-medical-unit

Colden Garden at 42-31 Colden Street in 1998, which also has a daycare condo unit. Colden Garden was followed by Sanford Tower at 133-47 Sanford Avenue in 1999, which has 58 residential units, 12 medical condo offices and five other commercial condos. The mixed-use condo was a hit with the community, and both buildings sold out in presales before the structures were completed.

“They realized that the buyers were Chinese and unlike other people in the city, Chinese people like to own,” said Alex Chiu, an executive vice president at the company and the older of Mr. Chiu’s two kids. “So they created a new product to meet demand.”

They took the condo model even further in 2002 and built the 115,000-square-foot Prince Center a few blocks from the 7 train station at 39-07 Prince Street. The six-story building, another mixed-use condo, comprises nine retail, 27 office and 10 community facility units. And for more retail in the neighborhood, F&T built Flushing Mall the same year on land near College Point Boulevard, roughly a decade earlier than Onex Real Estate Partners and Muss Development built The Shops at SkyView Center (which the Blackstone Group bought for $400 million last year), now widely recognized as Flushing’s premier shopping center.

“[Mr. Lee] saw development as a chain of links, he saw it as an evolution,” said Michael Meyer, the president of F&T Group. “Each link would have a different focus.”

Flushing needed a Class A office building, so in 2007 F&T built Queens Crossing at 136-20 38th Avenue. Yet another condo, the 420,000-square-foot property is comprised of mostly office units plus retail condos amassing 140,000 square feet. F&T Group still owns the 12th floor of the building, where its headquarters is located, and the retail portion.

By this time Flushing was attracting more people from abroad, and they decided it was time for a luxury hotel. In 2011, F&T Group and partner SCG America, a Shanghai Construction Group subsidiary, broke ground on the 330,000-square-foot One Fulton Square, which has a 168-key Hyatt Place hotel with a top-floor swimming pool and rooftop bar with views of Citi Field and the Manhattan Skyline. The condo project included 43 residential units and 22 medical offices. The project is complete but for a few finishing touches. The project was the second consecutive high-end project they built in Flushing, continuing their plans to upgrade the neighborhood. A three-level retail plaza opened up with high-end Japanese, Korean and Chinese restaurants late last year.

“The buildings that F&T Group develops in the Flushing area tend to be the neighborhood’s signature buildings,” said Matthew Hoelzli, the principal of Margulies Hoelzli Architecture, who designed One Fulton Square and Queens Crossing. “The buildings that they design are very efficient in terms of square footage.”

In continuing with upgrading Flushing, F&T Group broke ground in 2014 on its multi-phase, $1 billion mega-project Flushing Commons. The 1.8-million-square-foot complex—a mix of 600 luxury condos, a 164,000-square-foot office condo tower, a 1.5-acre park and public plaza, a 62,000-square-foot YMCA and retail space—is being developed with The Rockefeller Group and AECOM Capital. The project is replacing a 1,101-spot municipal parking lot but will have a 1,600-spot garage. The first phase is expected to be completed in 2017.

“When they finish Flushing Commons, it will transform Downtown Flushing,” local Councilman Peter Koo said. “Downtown Flushing will become more livable. I like that they have the YMCA there, so people would come there to exercise. It will create jobs for the community and bring more business to the neighborhood. It will [energize] the local economy.”

And since the area is booming, they decided it was time to set up Tangram, formerly known as Two Fulton Square. Last year, F&T Group demolished the Flushing Mall, which they now regard as a placeholder of sorts in preparation for the grander, more opulent Tangram that they’re putting up on the same site on 39th Avenue between College Point Boulevard and Prince Street.

“The market wasn’t there yet,” Mr. Meyer said. “They assembled the property and put it into use. Now that the market has caught up, now’s the time to turn it into Tangram.”

Contrary to prior reports, the 1.3-million-square-foot project will include four (not two) 15 and 16-story towers, Ms. Lee said. It will mostly be an indoor shopping mall with a high-end hotel, luxury residences and office space. Construction has already begun on the project.

“When the Flushing Mall was developed on College Point Boulevard, SkyView wasn’t there yet, and some of the waterfront development that is there wasn’t there,” Mr. Hoelzli said. “Tangram is now going to be the next interpretation of that frontier. In that regard it is an evolution of what is happening; it’s a part of the change in the economics.”

Mr. Chiu added, “Our mission is to upgrade this whole area like Manhattan. Why do people have to go to Roosevelt Field [Mall] or Times Square or Woodbury Commons when they can come here?”

Following Tangram, Messrs. Lee and Chiu plan to develop properties they own on the waterfront of Flushing Creek. The area, an industrial park now being called Flushing West, has been targeted for a rezoning by the de Blasio administration for more commercial, public open spaces and residential uses. F&T Group already owns more than 1 million buildable square feet there (that number could grow based on the pending rezoning), which it rents to manufacturing and distribution companies. F&T Group supports a plan to clean up the polluted Flushing Creek, which is notoriously known for being overrun with raw sewage. A dank, toxic waterfront of course won’t be attractive to a lively community.

Flushing Creek’s long-overdue cleanup isn’t the only problem they are working to solve; there is also an issue with congestion. All of the development in Downtown Flushing by F&T Group and others has brought more pedestrian and vehicle traffic to the area. Mr. Lee is hoping to make Downtown Flushing absent of pedestrian street parking to relieve the infamous gridlock and congestion associated with the neighborhood. Between his projects alone, there will be about 4,000 parking spaces underground.

“Everyone is always complaining about how there is no parking,” Mr. Lee said. “But actually we have a lot of parking spaces.”

His daughter, Ms. Lee, said, “We’re starting a dialog with the Department of Transportation pretty soon to talk about this problem about street parking. We think all street parking within this immediate area should be removed. The streets are far narrower here than like other parts of the city.”

Messrs. Lee and Chiu are the types to avoid attention or the spotlight. Most of the approximately 70,000 residents of Flushing may not even realize the transformation is being led by these two men’s efforts, as little has been published about them individually apart from their company’s collective work.

“That’s the thing I like,” said Winfred Zhang, the president and CEO of SCG America, “because people’s success is not based on the media. They have to do something, make some effort. Their success is based on that.”

Mr. Zhang added, “They have a good vision for Flushing’s future. I think in the next five years, Flushing is going to be changed to a new town and this town is not only going to be for the Chinese community, but I think it’s welcome for everyone.”