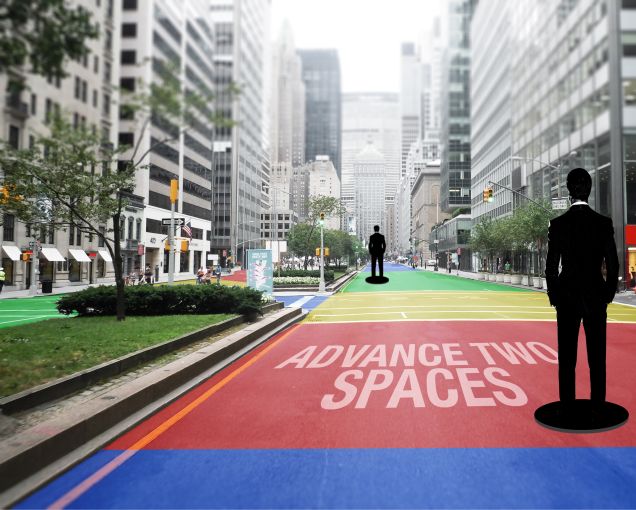 Life companies could be skipping ahead in the lending game as other lenders are getting hit with more regulations this year (Image courtesy: Kaitlyn Flannagan). danibalbi

Even though it’s a new year, the countdown has just begun in the commercial real estate world.

In less than 11 months, on Dec. 24, 2016, Section 15G of the Dodd-Frank Wall Street Reform and Consumer Protection Act will sweep the commercial-mortgage backed securities market. Colloquially referred to as risk retention, the new rule will require the issuer of a CMBS pool to maintain 5 percent of a deal on its balance sheet. Simply said, if an issuer were to put a $100 million conduit on the market, it would hold $5 million for the entire life of the loan, therefore keeping some of the risk associated with the deal (hence the “skin in the game” catchphrase).

While CMBS industry groups push regulatory bodies for clarifications and amendments to the rule, other commercial real estate folks can sit back and enjoy the ride. Life insurance lending companies in particular could profit if some of their originator counterparts lose their competitive edge once risk retention comes into play at the end of the year.

“Regulation, volatility and capital availability will drive the market in 2016,” Gary Otten, head of real estate debt strategies at MetLife Real Estate Investors, told Commercial Observer. “Longtime market participants may be pulling out of certain areas due to regulation, while private debt platforms are ready and willing to pick up the slack. MetLife will continue to be active in the lending space, providing stability and certainty of execution as we often do.”

The fears of CMBS lenders are already widely known: risk retention will drive up the cost of doing business for lenders and borrowers, and the market will overall become less lucrative. That being said, 2016 is not the beginning of the CMBS industry’s regulatory woes. On Nov. 24, 2015, the expanded Regulation AB rule—which regulates asset-backed securities and is referred to as Reg AB II in the industry—was enforced, requiring the chief executive officer of any issuer to sign off on each new offering, making that CEO personally liable for any false information on mortgage documents.

Banks too are feeling pressure from the regulatory fist, thanks to Basel III’s High Volatility Commercial Real Estate rule, which regulates acquisition, development and construction loans. But that’s not to say that life companies operate in a lawless, Wild West realm of commercial real estate. By 2014, the Financial Stability Oversight Council—a group of 15 regulatory bodies established under Title I of Dodd-Frank—designated life company giants Prudential Financial, MetLife and AIG as nonbank systemically important financial institutions (SIFI). The designation means that if a company were to fail, it could trigger a global crisis.

Despite the SIFI tag, life companies seem to have been active in 2015. Last year, MetLife actually increased its global CRE lending business to a company record of $14.3 billion, up 18 percent from $12.1 billion the year prior. Prudential Mortgage Capital Company President and CEO David Durning told CO that the firm’s final lending numbers for 2015 were $14.6 billion. Comparatively, J.P. Morgan Chase originated the most in U.S. CMBS debt, with $11.14 billion, followed by Deutsche Bank with $9.62 billion, according to Commercial Mortgage Alert.

The CMBS industry as a whole originated just about $101 billion in 2015—the year with the highest origination volume that the market has seen since the 2007 peak of $229.51 billion.

Those single-asset/single-borrower deals actually play a huge role in how risk retention will affect CMBS lenders.

“Right now, the way risk retention is set up, it’s virtually impossible for a CMBS lender to do a single-borrower or single-asset securitization,” said Gerard Sansosti, an executive managing director in HFF’s Pittsburgh office. “Now there’s an appeal in [with regulators] to modify that, and I think all CMBS lenders are optimistic that it will be revised prior to the end of the year when risk retention kicks in, but if that doesn’t happen, that means for all of the large [single-borrower/single-asset] CMBS transactions borrowers are going to have life companies do those.”

In fact, in 2014, the CRE Finance Council, a commercial real estate finance trade association, submitted commentary to several regulatory agencies—the Board of Governors of the U.S. Federal Reserve System, the Federal Deposit Insurance Corporation, the FSOC, the U.S. Department of the Treasury, the U.S. Securities and Exchange Commission and the Office of the Comptroller of the Currency—requesting that single-borrower/single-asset transactions of more than $200 million be exempt from risk retention altogether.

In its note, the trade organization detailed both the high-borrower and high-asset profile of these transactions, and furthermore the high performance of those deals. At the time, of the roughly 200 single-asset/single-borrower loans that had been originated since 1997, only one incurred significant losses. Additionally, those loans are structured differently than an average CMBS deal: just because of the mere size of a single-borrower/single-asset deal, it is difficult to split the debt among multiple parcels across several CMBS pools, and even at that, the diced up loans may still exceed the thresholds for conduits, according to the letter.

For instance, in early 2015, Deutsche Bank originated a $1.2 billion single-asset loan on 3 Bryant Park. The next two conduits to be securitized, a Morgan Stanley and Bank of America-Merrill Lynch-sponsored deal and Goldman Sachs-sponsored conduit, were smaller, totaling $871.3 million and $913.4 million, respectively.

“Life companies could be one of the primary beneficiaries of regulations in the CMBS markets, especially the larger life companies that can team up and lend on larger single-asset trophy transactions in primary markets,” Mr. Otten of MetLife said. “Most market participants expect that increased regulation in the CMBS space will lead to increased pricing on those loans, thereby providing a nice avenue for the life companies to pick up some market share and fulfill the capital needs of their top clients.”

Mr. Durning of Prudential echoed the sentiment and added that life companies typically have relationships with the types of strong sponsors with high-quality assets anyway.

“Those assets sometimes are going into securitization executions because that has been a more cost effective solution or because of the sheer size of the deals,” he said.

Even without regulatory challenges, the competitive edge of CMBS may have already started to dull, according to some.

At the height of the commercial real estate lending market, spreads on CMBS deals tightened so much that those lenders were able to compete with life companies, he explained. “That’s not going to happen anymore,” Mr. Sansosti said. “There’s such a wide gap between CMBS spreads and life company spreads that the life companies are really playing in their own world.”

He stated that there is roughly a 100-basis point gap between CMBS and life company spreads. At CRE Finance Council’s 2016 industry leaders conference in Miami last month, Mr. Sansosti said that there was talk of life companies raising their spreads because of all the room in between. Mr. Sansosti said the general consensus was that life companies “are going to stay very conservative, continue to compete on pricing and not going to pay attention to what the CMBS world is doing.”

Jamie Woodwell, the vice president of research and economics at the Mortgage Bankers Association, another real estate industry group, pointed to a recent outlook survey the firm conducted.

That being said, the extent to which life companies will look to fill in the financing gap is not entirely clear, but the bottom line seems to be that they will remain conservative, or as Mr. Durning put it, “we’re trying to lend in a way that the returns on the loans we make match the performance of investment grade bonds.”

Part of the strategy may be rooted in how life companies have performed in the past.

Regulations have been geared toward the banks and CMBS lenders, while life insurance companies performed well throughout the downturn, said Nicki Livanos, the director of real estate investments at AXA, which is a result of their focus on credit, underwriting and the strength of the borrower.

However, Ms. Livanos sees a nuance in the idea of life companies reaping the benefits of competitors’ new regulations.

“On the one hand, there are a lot of assets getting financed by folks who do have a lot of regulations. Yes, that is creating some opportunity for us, but the landscape of who lenders are today has actually changed a bit,” she said. “So while on the one hand it’s created opportunity for us, the insurance group, it’s also created opportunities for other folks—what you would call nonbank institutional lenders, people who don’t fall under all of those regulations.”

Ms. Livanos said that looking back, CMBS dominated originations in the CRE world before the Great Recession. Now, insurance companies are taking on more, but so are the nonbank lenders.

“Some keep it on balance sheets, some put it in funds, some leverage it up and some put it in CMBS,” she said. “There is the growth of that sector, so it’s opportunity for us and others.”

Whether or not life companies will eat up more of the lending pie this year remains to be seen, but it seems like there will be more room at the table soon enough.