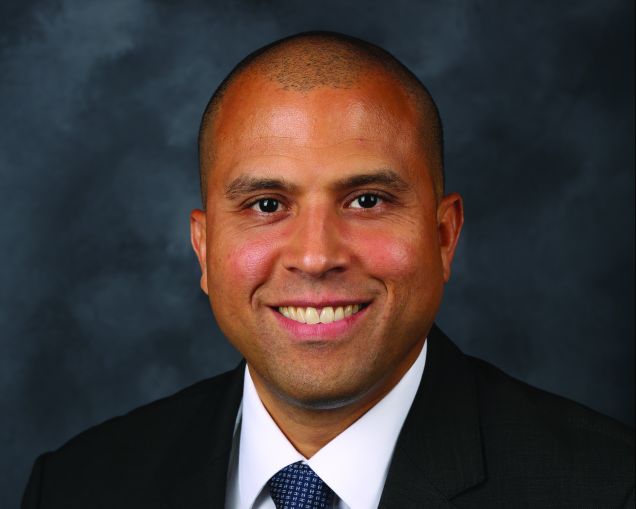 Kevin Davis, executive vice president in JLL’s hotels and hospitality group,  has traversed the spectrum of real estate industry jobs until landing at JLL to work in its hotels and hospitality group. He started his career doing banking and securities policy work and spent nine years on the originating side at Merrill Lynch until he co-founded Fund Core Finance with some colleagues. The New Orleans-native sat with Commercial Observer in JLL’s Manhattan office and talked through a number of trends in the hospitality market—from some softness in the New York market to the impact of Airbnb. Mr. Davis also talked strategy and explained how he uses his experience as a lender to inform his method a debt broker.

Commercial Observer: How did you get your start in the business?

Mr. Davis: I took a very roundabout path to my current position. I started off as a lawyer in Washington, D.C., doing public policy work, which was interesting and also frustrating. I ultimately decided that I wanted to make some money, so I went back to business school and started working as a lender on Wall Street and did that for about 12 years, doing both CMBS lending and balance sheet lending. Ultimately I had an opportunity to move over to the brokerage side of the business and decided that would be a different and interesting challenge, so I joined JLL almost three years ago.

I did banking and securities policy work, so I worked with the senate banking committee and the house financial services committee.

Yes, I definitely had an interest in finance and the markets for a long time but ultimately decided that rather than be a policymaker I’d rather be a participant in the market.

How does all of your legal expertise and lending expertise inform what you do now?

I certainly don’t hold myself out as a lawyer to clients because I don’t feel I’m well equipped to provide legal advice, but ultimately having been a lender and having a legal background I spent a lot of time negotiating term sheets, drafting term sheets, drafting loan documents, etc., so I like to pride myself on the ability to understand how a lender will think about a particular loan that we take to market. I like to say that I think like a lender. And I pitch a deal highlighting the things that lenders will want to hear and understand. I know what their hot buttons are, generally, and I know what happens in a credit committee meeting. And I know you typically have the deal team, the senior management team and then you have a couple of credit guys who may or may not know a whole lot about commercial real estate. It’s important to have highlights in a deal that can speak to all of the constituencies on a credit committee, so that’s a long-winded way of saying I try to bring a lender’s perspective to the brokerage process.

How did you get into hospitality specifically? Was this always an interest of yours? Or was this an opportunity that was just there?

A little bit of both, actually. When I was a lender, I financed all of the major asset classes—so hospitality, office, retail, multifamily and industrial. However, during my time as a lender I did more hospitality than any other asset class and ultimately found the space to be the most naturally interesting to me. The business is filled with finance people—but also we have our fair share of interesting characters, if you will. I always thought it was a pretty fun and interesting subgroup of people within the commercial real estate industry.

What exactly does your role as executive vice president entail?

I would say it’s a sliver of management, it’s a substantial amount of client relationship management and deal origination and also a substantial amount of execution, where I’m actually on the phone with lenders and taking property tours and negotiating term sheets and loan agreements. If you had to split it, it’s probably 10 percent managerial, 45 percent client relationship management and deal origination and probably 45 percent execution—and another 20 percent building client relationships. And I know that equals 120 percent, but I think that’s also indicative of just how incredibly busy we are.

What are some of the more exciting deals you’ve worked on recently?

I was working on a deal in New York City that had a ground lease with several nonmarket provisions that made it very difficult to finance. Ultimately we found this out fairly deep into the process of finalizing the loan. The lender ultimately had a really difficult time with these provisions, and we were able to identify a provider of a very esoteric form of condemnation insurance, which mitigated the risk of some of these provisions.

I am in the process of financing an ultra luxury resort in Turks and Caicos, which is one of the most beautiful properties with one of the most beautiful beaches I have ever seen. It is an absolutely amazing property, so to have the opportunity to spend time at the property, work with the owners and also pitch it to lenders is pretty interesting. A cool part of the job for me, having worked on—we just closed a deal in St. Thomas as well—having an opportunity to work on some beautiful and cool and interesting resorts in the Caribbean. I guess they call it work, but having an opportunity to do that is pretty cool.

So you get to go to a lot of the properties?

Not only do you have to go to the property, but you also need to tour the comparable properties—which takes you to some other interesting places.

How often would you say you get to travel and do things like that?

I travel pretty much every week. I’m not in the Caribbean every week, but I generally travel every week between visiting properties and visiting clients. The thing to understand, unlike many other commercial real estate asset classes, hotels are emotional, and I think in order to sell a hotel or get a hotel financed you need to appeal to the constituent’s emotion because most people have pretty positive associates with a hotel. It’s where they vacation, it’s where they eat, it’s where they drink, it’s where they party, and it’s where they do other fun stuff. I think my job as a broker is to really try to bring out that emotion and make them want to finance the hotel because they’ve identified with emotion that the hotel brings out. I think the only way you can do that is to visit the property, and you take your experience and translate that into the pitch you make when you have discussions with lenders.

I’ve been hearing that there’s a lot of softness in the hotel market right now—do you feel like this is true?

I would say that certainly as a whole the industry is in an incredibly strong place. We just concluded our sixth consecutive year of RevPAR [revenue per available room] growth with fairly limited supply nationwide. I would say nationwide the hotel industry is in great shape. We also had the second highest year of transaction volume in history last year, so 2015 was truly a banner year in terms of the hotel business. Now as it relates to the softness, I think nationally the expectation is that we will have another year of positive RevPAR growth, so I think the industry is on the back of what is still a relatively strong economy—perhaps not as strong as we would like but certainly a relatively strong economy.

However, there are pockets where there are concerns. New York City for example did have a negative RevPAR year, and look, New York City was a leader coming out of the recession. The market returned to health more quickly than any other market in the country, and I think what you’re seeing is there’s a significant supply of new rooms that are coming online that’s effecting the ability of hotel owners to push rates, to push ADR [average daily rates], also the strong dollar is adversely affecting foreign tourism from places like Europe.

And then also the effect of Airbnb. There have been a number of studies that have been done to try to quantify what the implications are. At the end of the day I think it’s really hard to put a number on it, particularly in times when you’re used to seeing a significant amount of compression—like the Superbowl, when you have this shadow supply of inventory like Airbnb, where you have people saying hey, I don’t want to pay $1000 to stay a hotel in the city when I can go rent a one-bedroom apartment for $450 a night—that’s going to siphon away demand.

That being said, it’s New York. It’s a gateway market, and I think ultimately in the longer term, particularly as we get through the supply issues that we’re having now, New York is going to rebound in a big way.

It is definitely a part of the conversation, probably more so with owners than with lenders at this point. I think we’re still at a point where everyone is trying to understand exactly what the implications are and how you deal with it. It’s still not clear if and/or how Airbnb will be regulated. Ultimately, it will be regulated by the localities, so I think there will likely be some regulatory regime that takes a little bit of the wild, wild west out of what happens with Airbnb. So it’s an area where we’re not quite sure what the effect is, although we know there is an effect and it’s real.

Absolutely. First of all, from a sales perspective we’re going to have a strong year. There’s a lot of equity chasing hotels, the fundamentals remain strong and nationwide supply is still relatively benign. The reason I think the financing business will be strong is really twofold: No. 1, on the backs of what I think will be a strong sales year, there will be a lot of acquisition financing opportunities. No. 2, there is a reasonable amount of volatility in certain corners of the debt capital markets right now, and my expectation is that volatility will likely continue throughout much of the year, and as a result I think a lot of borrowers that previously would have made five phone calls and gotten good bids will now conclude that they need to see a broader swath of the market. As a result I think they will likely hire intermediaries to help figure out where the market is as it relates to financing.