Why Is Commercial Real Estate Still Tilted Against Women? 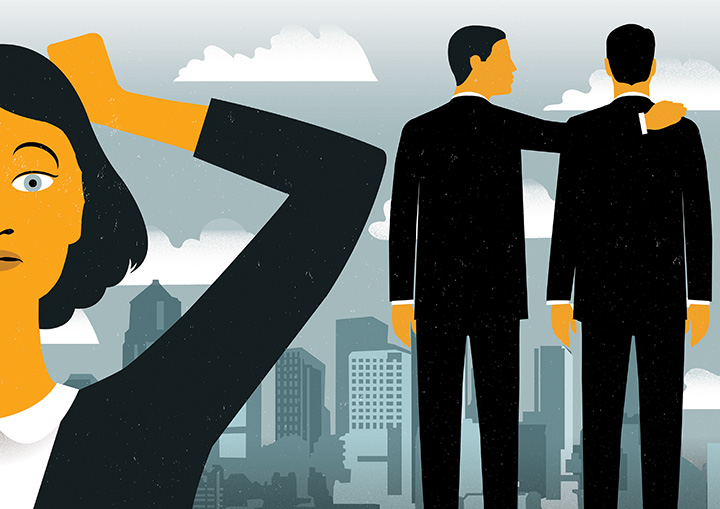 If you work at a commercial real estate firm, look around your office for a second. How many women are there? And just how high up are they at the firm?

If your office is average, there will be more men than women filling its desks. In 2010, about 43 percent of commercial real estate professionals in the country were female. Granted, this is a serious improvement from how it used to be; it’s an increase from 32 percent a decade earlier, according to Commercial Real Estate Women Network’s 2010 industry report. But the same survey shows that only 11 percent of women were making $250,000 or more annually, while about three times as many men (31 percent) were banking that much, or more.

To uncover why this is the case, Commercial Observer spoke with Arin Reeves, president of consulting firm Nextions, who penned a book on gender equality titled One Size Never Fits All, and Theresa Garelli, president of CREW’s New York chapter.

They believe the issue stems from the lack of recognition by leaders of commercial real estate companies (usually men). But that is not all that limits women from advancing in the industry. Here are the five top reasons for the disparity and five things we can do about it.

1) Nobody admits there’s a problem.

Senior leaders of major corporations simply brush it off, Ms. Reeves said. “When I have had conversations with male leaders in commercial real estate, there is kind of this little shoulder shrugging thing,” Ms. Reeves said. “They are like ‘well, there aren’t any real barriers. We don’t think women want to do this,’ or ‘it’s just a matter of time,’ or ‘it’s not that we are trying to keep women out, they’re just not here.’ ”

She added: “There is just this very casual type of dismissal of the lack of women. And it isn’t seen as much of a problem. You don’t see a lot of commercial real estate firms taking this issue very seriously.”

2) Teams are not necessarily best for women.

Unlike in residential real estate, in which a woman can take the reins on a deal by herself without having to collaborate, commercial real estate is more of a team sport. And the teams tend to reward the entrenched men at the top while sidestepping women who wind up playing a junior role.

“The minute you see formations of [teams]—formations of a group of people who decide who to hire and who to advance—then women have a hard time advancing through the ranks, because the model of success that gets almost hardwired into these firms is how men become successful,” she said.

Ms. Reeves added: “And that didn’t happen in residential real estate necessarily, because you don’t have to be part [of a team.]”

“The average age is lower-end Baby Boomers and above, so what you also have is that generational divide,” Ms. Reeves said, adding, “We know that generation of men always had the hardest time integrating women into the workplace as equals. Those men have grown up in the commercial real estate market surrounded by other men, doing business with other men, doing business in very male-dominated activities, and they don’t always see something wrong with women not being around.”

Women’s “ideas are just not taken with as much validity and credibility as men’s ideas,” Ms. Reeves said. “We even saw in meetings where a woman would recommend something and literally a guy would recommend it 10 minutes later, and people would tell him what a great idea even though it’s exactly what she said 10 minutes ago and no one responded to what she said. Keep in mind a lot of this is unconscious. People aren’t actively thinking, ‘oh that’s a woman, let’s ignore her.’ ”

5) A negative feedback loop is established.

Since young women see an overwhelming bias toward men in the industry, many are discouraged. So they seek out jobs in a field where they feel they will be treated fairly.

“I think that many women don’t consider commercial real estate to be an option,” Ms. Garelli said. “They don’t think it is something that they could be involved in, in part because they don’t see role models. There are some, but for every one there are 10 or 20 men.”

Men have to feel something is wrong, Ms. Reeves said. But, she warns, it can’t be that women are in trouble and need rescuing.

“Men, first and foremost, the current leaders of organizations in commercial real estate, have to feel like there is fundamentally something wrong with women not being represented in these companies,” Ms. Reeves said. “And they have to understand that from a business perspective. It can’t be that they say ‘oh my God we have to help the women.’ It can’t be seen as this ‘women can’t do it and they need help’ kind of a situation. It really needs to be seen as our business model isn’t working if we are excluding half the population.”

Success in commercial real estate heavily relies on mentoring. Younger associates grow faster when experienced professionals introduce them to clients and walk them through negotiating techniques. However, young men are at a significant advantage over women in that senior males in the industry are drawn to what they see as younger versions of themselves. Others are scared of working closely with young women, Ms. Garelli said.

“Even if there is a gentleman who sees a young woman in his office that has potential and he would like to mentor her, how does one do that?” Ms. Garelli said. “You take them to business meetings, golf outings and to meetings with clients. Well, that could be problematic from an HR perspective, even if the man has the best of intentions. They may feel that they can’t mentor in that way. Which is why we need more senior women, so they can be that mentor.”

4) Compensate for your golf swing.

“Bias is like someone’s golf swing,” she said. “Nobody has a straight down-the-line swing. Every single person’s swing either leans right or leans left, and the most important thing for a golfer to understand is once you recognize which way you lean, you can compensate for it. And bias is the same way; it causes us to lean more in one way or another. And the minute we recognize it, we can correct for it.”

“Just being aware of the situation will help to bring results,” Ms. Garelli concurred. “If men thought about the women in the workplaces as their sisters or daughters, maybe it would make a difference. Wouldn’t you want your daughter to have the same opportunities as the next boy coming through the door?”

5) Get used to boasting.

Ms. Garelli said that women need to be more competitive and highlight their accomplishments.

“Women have a tendency to underplay what they do,” Ms. Garelli said. “They have a natural way of being very humble instead of saying ‘yeah, I did a great job.’ They do it and hope that someone is going to be recognizing them for it, whereas men have a lot of bravado and they would take all the credit—even for things that they haven’t done. We have to encourage [women] to be their own advocates and not to downplay themselves, and get out there and compete.”