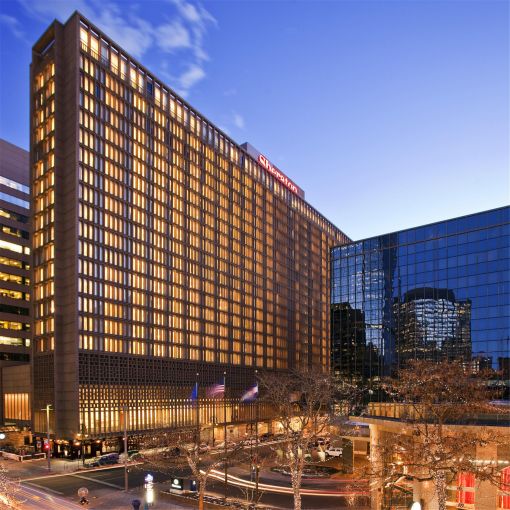 Citigroup provided a $180 million commercial mortgage-backed securities loan to AVR Realty Company and David Werner Real Estate Investments for their purchase of the fee simple interest beneath a Sheraton Hotels and Resorts property in Denver, Commercial Observer can first report.

The New York real estate investors acquired the fee position in the land under the Sheraton Denver Downtown Hotel from a partnership between a Goldman Sachs real estate investment fund and California-based Chartres Lodging Group for $210 million, a source with knowledge of the deal said on the condition of anonymity.

The 10-year CMBS loan to the new owners carries a fixed interest rate of 4.5 percent and interest-only payments for the full term, according to Meridian Capital Group Senior Managing Director Drew Anderman, who brokered the debt deal. Mr. Anderman declined to comment on the purchase price.

The Sheraton Denver Downtown Hotel, located at 1550 Court Place, is the largest hotel in Colorado, totaling 22 stories and 1,231 units. The hotel has six on-site food and beverage outlets, as well as 133,000 square feet of event space spread across 46 ballrooms, boardrooms and meeting rooms. The property also contains a connected 53,000-square-foot office building, a 5,000-square-foot fitness center and an outdoor heated pool.

Both the acquisition and the financing closed in mid-December. The $180 million securitized debt deal stands out as one of several big year-end transactions in what turned out to be a slower CMBS market in 2015 than many had predicted early in the year.

Representatives for AVR Realty and Citigroup declined to comment. David Werner was out of the country and could not be reached for comment.