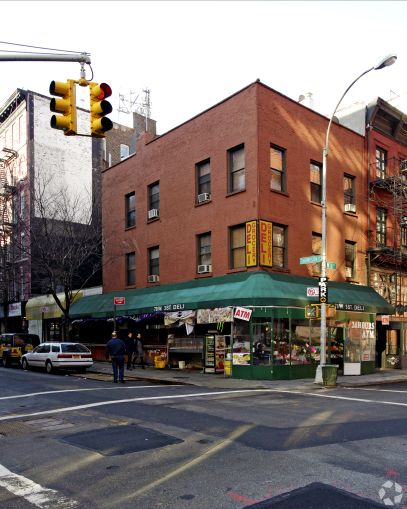 The sandwich shop has signed a 15-year lease for 3,600 square feet—1,800 square feet at grade and 1,800 below ground for a selling basement—at 78 West Third Street at Thompson Street, according to Lee & Associates NYC, which brokered both sides of the deal. The asking rent in the Jan. 11 deal was $225 per square foot.

“This is a highly desirable corner space in one of the city’s most sought-after neighborhoods,” Mr. Sutro said in prepared remarks.

Sandwicherie of New York’s existing eatery is at 202 East 42nd Street between Second and Third Avenues.

“Sandwicherie of New York cultivated a devoted following of office workers, commuters and tourists in its original Midtown location,” Mr. Schwarz noted. “As it expands Downtown, the tenant is eager to serve a new customer base that includes local residents, students and faculty.”

When Sandwicherie of New York opens next month, it will be replacing a deli at the base of the four-story, 9,000-square-foot residential building at 78 West Third Street.