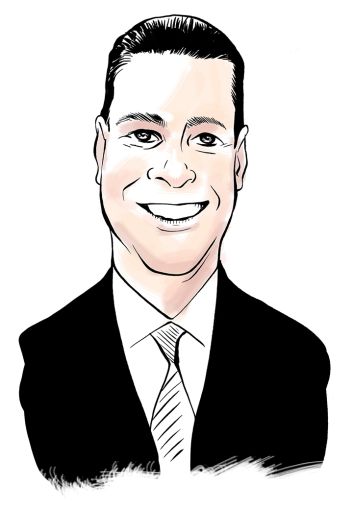 Steven Marvin of Olmstead Properties represents both his company’s 2.5-million-square-foot portfolio, where he is a partner and executive managing director, and he reps some of the tenants. He offered a simple label for his work.

“I would describe my job as an ideal job,” Mr. Marvin told Commercial Observer.

The Real Estate Board of New York is giving Mr. Marvin its 2015 Young Real Estate Man of the Year Award for a member showing strong integrity, professionalism and personal ethics. That award usually prompts friendly and self-deprecating jokes about whether its winner—in this case the married father of two—is still really young. (Marvin is 50.)

He did discuss his client Buzzfeed’s headline-grabbing deal, his work as a broker and landlord on behalf of renowned creative companies and Olmstead’s latest purchase in the Garment District. The company’s position in the fast-growing Midtown and Midtown South markets has placed Mr. Marvin in the middle of the action.

“I’ve had the opportunity to see companies go from growth stage to publicly traded companies,” he said. “We cater to multi-tenanted buildings, and there comes a certain time when we can’t accommodate a tenant’s growth.”

Mr. Marvin remembers when news and viral website Buzzfeed was an Olmstead tenant with 14 employees operating out of a 3,500-square-foot office less than five years ago. The company then expanded beyond a 22,000-square-foot space he found it in Chelsea and a 57,000-square-foot sublease in the Flatiron District. Now, Buzzfeed is completing its move to a 194,00-square-foot spread at 225 Park Avenue South, he said.

“It was an ideal location for them and the configuration really worked for them to maximize the space,” he said.

Olmstead has also been creating a buzz. The company and its partner Jonathan Rose Companies, closed in May on an $85 million purchase of 240 West 40th Street, as CO previously reported.

Olmstead already owns and manages six buildings within three blocks of the 12-story office and retail property. And upgrades like a new lobby and new elevators will push the overall investment above $100 million, Olmstead President Samuel Rosenblatt noted at the time.

“We like the asset. The building is fully occupied,” Mr. Marvin said.

“I’ve got a long list of tenants,” Mr. Marvin said. “We have a lot of individual creative companies who are well known in their industries and have been with us for 20 to 25 years or a lot longer.”

He expressed his gratitude to fellow Olmstead executives who entrust the company portfolio to him while allowing him to serve his clients.

“I have an incubator of 2.5 million square feet of tenants that look to us to help them with their real estate needs,” Mr. Marvin said.