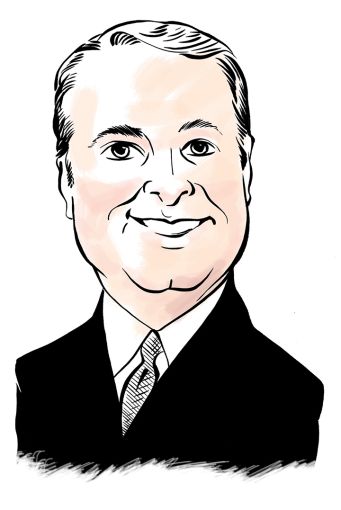 He’s inked millions of square feet worth of deals but he still has time for his hobbies.

Bill Montana, a senior managing director at Savills Studley, makes time for skiing, playing his guitar, doing community service and serving on multiple committees at the Real Estate Board of New York. Yet he’s had enough time left over to arrange leases totaling over 1.2 million square feet since he joined then-Studley from the Edward S. Gordon Company in 1996.

REBNY is giving Mr. Montana its 2015 Louis Smadbeck Broker Recognition Award for integrity, leadership, prominence in the brokerage community and service to REBNY. He praised REBNY for its impact on his career and the industry and described the several nonprofit organizations he represents as a fulfilling aspect of his work.

He’s been busy helping such clients this past year. Mr. Montana and his Savills Studley colleagues Ira Schuman, Marc Shapses, Oliver Petrovic and Kurt Handschumacher last month completed a 40,000-square-foot expansion in a 20-year lease renewal totaling 191,000 square feet on behalf of the Teachers’ Retirement System of the City of New York. Officials at the fund signed on the dotted line to keep its headquarters at 55 Water Street in the Financial District, as CO previously reported.

He also helped social welfare agency Samaritan Village find three more spaces this year on Eighth Avenue, West 44th Street and West 40th Street, on top of Samaritan Village’s roughly 40 locations citywide providing relief for veterans and the homeless as well as substance abuse treatment. The nonprofit is looking all over the city for more venues in 2016, Mr. Montana said.

“They do a lot of good in the world in a lot of different ways,” he said. “I really love those guys and it’s very gratifying to help someone like that.”

He also finds pleasure when he’s off the clock. Mr. Montana often posts his skiing photos on Instagram and he said he hopes to spend 60 days on the slopes in 2016.

He lives in Greenwich, Conn., where he is the deputy grand knight at the local Knights of Columbus. The Knights cook meals for the hungry and hold dances for people with mental disabilities, while he and what he called his “real estate family” at the Young Men and Women’s Real Estate Association of New York work for Habitat for Humanity and collect winter coats.

Mr. Montana also devotes his energy to REBNY. He sits on the REBNY board of governors, the commercial board of directors, the ethics committee and the arbitration committee, among other posts. He credits the organization with helping him find his place in the industry after he went to college at the University of Colorado at Boulder, he said.

“When you’re new and you’re young and you’re just trying to get in, you don’t know anything,” he said. “The people who are involved in REBNY are the leaders. If you go and just start getting involved—what a great thing.”

The 2015 REBNY award marks Mr. Montana’s second such honor, as he won the 2013 Young Real Estate Man of the Year Award. REBNY President John Banks singled out Mr. Montana’s service to the organization in a tribute published last month in Real Estate Weekly.

“Bill has been a REBNY member for over 25 years, and has since become REBNY’s equivalent of a household name,” Mr. Banks wrote.