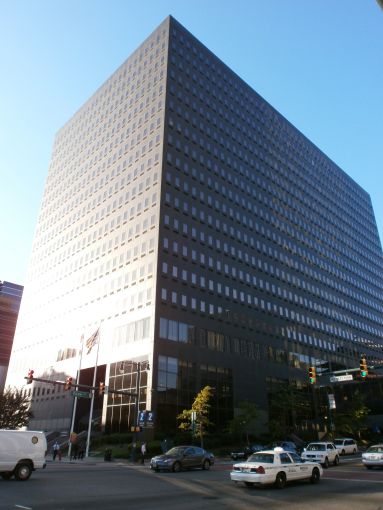 In December, the top 10 commercial mortgage-backed securities loans to hit special servicing totaled $619.4 million—nearly half of which were deals collateralized by office properties, according to data provided to Commercial Observer by Trepp.

The largest of $272.7 million in office loans included a $122 million CMBS deal on 2 Gateway Center in Newark, N.J., which CO first reported was facing imminent monetary default back in early last month.

The 771,531-square foot property is part of the Gateway Center office complex, located near Newark Pennsylvania Station, and currently accounts for 6.4 percent of the Deutsche Bank-sponsored conduit CD 2006-CD3.

In August, the Port Authority of New York & New Jersey vacated its 157,853 square feet of space in the building, but that’s not the only vacancy issue that 2 Gateway is facing.

“The Prudential Insurance Company of America backed 36 percent of the space in 2 Gateway, but decided to leave for a new headquarters that was being constructed,” said Sean Barrie, an analyst at Trepp. “The last debt service coverage ratio on the property was 1.38x for the first half of 2015 while occupancy was at 99 percent. Occupancy as of September, however, was down to 80 percent and that will fall further once Prudential departs.”

Ben Korman, principal at C&K Properties—the owner of the 18-story office building—told CO in December that despite an aggressive leasing campaign, special servicing was the only option, as the firm “must take this necessary procedural step to ensure that we are able to continue to provide first-rate ownership and management of this asset for the long term.”

Two Investcorp retail portfolios with properties across the country trailed behind 2 Gateway, each respectively carrying debt of $96.1 million and $88.3 million. Both mortgages, which are set to mature in February, make up the largest two notes the Bear Stearns-sponsored conduit BSCMS 2006-PW11, each accounting for 18.4 percent and 16.9 percent of the deal’s remaining collateral.

After those two came the Foothills Mall in Tucson, Ariz. with $76.6 million in unpaid debt, and the DHL Center in Breinigsville, Pa. with $55.9 million in debt.

The Wachovia Tower loan, which is collateralized by what is now called the Wells Fargo Tower in Baltimore, came in sixth, with a current balance of $48.8 million. The 25-story office tower is 72 percent occupied and behind on mortgage payments. According to servicer commentary, the property’s DSCR dropped because of a decrease in average rental rates. The loan is the fifth largest note in the Deutsche Bank-sponsored conduit COMM 2006-C7, accounting for 3.7 percent of the deal’s remaining collateral.

The $37.1 million mortgage backed by Prince George Center II, a suburban office in Hyattsville, Md., matured on Dec. 8, 2015 and faces major vacancy troubles ahead. The General Services Administration occupies 392,578 square feet of the 394,578-square-foot property, and plans on vacating its space upon its lease expiration in April 2016.

Belk Headquarters, a single-tenant occupied suburban office in Charlotte, N.C. came in eighth place, with a $34.6 million mortgage that matures in April.

A $30 million loan on Woodhill Circle Plaza, a retail property in Lexington, Ky., followed and, lastly, a $29.4 million CMBS loan on the Raleigh Office Centre in Southfield, Mich. came in as the 10th largest.

Default is not the only issue that the loans face, and those issues could represent a larger problem in the market as a whole. With the start of 2016 marking the middle of the maturity wave, countless loans are in need of refinancing, especially given that more than $201 billion of that debt was originated in 2006, topped off by more than $229 million originated in 2007.

“As 2015 came to a close, many borrowers looked to refinance loans with 2016 maturity dates,” Mr. Barrie of Trepp noted. “However, plenty of loans set to mature are mired in special servicing, which could hinder the refinancing process.”

In fact, most of the 10 largest loans in hands of their special servicers are set to mature this year, if they haven’t already.