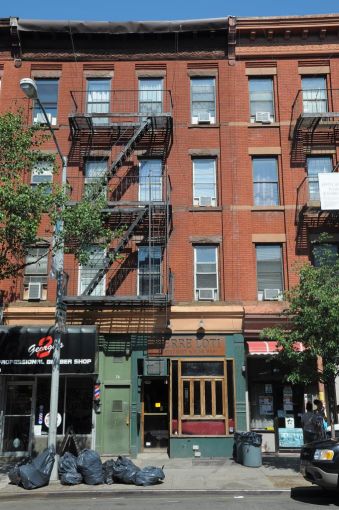 Restaurateur Thupten Pema has signed an 800-square-foot lease at 78 Fifth Avenue in the Park Slope section of Brooklyn for his second eatery in New York City.

Commercial Observer has learned that the 10-year deal is for a noodle-based eatery called Momo Ramen at the four-story property between Warren Street and St. Marks Place. The asking rent for the ground floor deal was $115 per square foot.

Mr. Pema also owns Manhattan’s Ramen Thukpa restaurant at 70 Seventh Avenue South between Barrow and Commerce Streets. His new Momo Ramen eatery is expected to open in February, according to a spokesman for Eastern Consolidated, which represented Mr. Pema in the deal.

“When I reached out to Mr. Pema, he agreed that Fifth Avenue in Park Slope was a natural second location for him because the commercial corridor is a destination for foodies, and is patronized by visitors to the nearby Barclays Center where the New York Islanders and Brooklyn Nets play and other events are held year-round,” Max Swerdloff of Eastern Consolidated, who worked alongside colleague Jeff Geoghegan, said in a prepared statement.