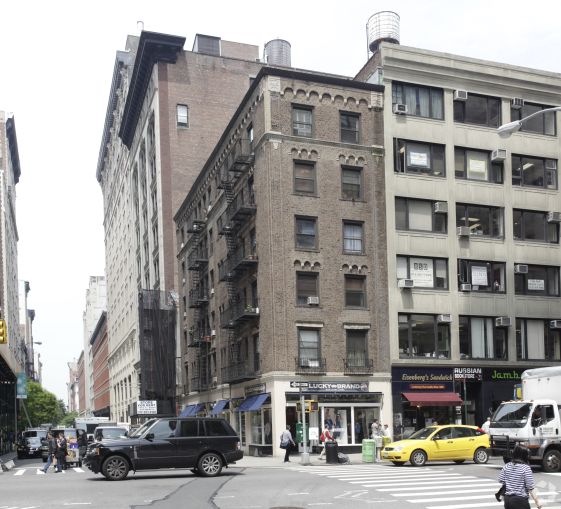 An Asian-inspired cosmetics and wellness company is taking a corner retail space in the Flatiron District that’s soon to be vacated by Lucky Brand Jeans, Commercial Observer has learned.

Rituals signed a 3,175-square-foot lease at 172 Fifth Avenue at the corner of West 22nd Street, according to Thor Equities. The company is taking the space for 10 years and is set to move in sometime this spring.

Lucky Brand’s lease at the 13,175-square-foot property, which is across the street from the Flatiron Building, is set to expire at the end of March, a Thor spokesman said.

Rituals’ new space encompasses 2,075 square feet on the ground floor and 1,100 square feet on the lower level. Thor’s spokesman declined to provide the asking rent. But as of this fall, asking rents along Fifth Avenue between 14th and 23rd Streets averaged $394 per square foot, according to a November Manhattan retail report by the Real Estate Board of New York.

“Corner locations in the Flatiron District, particularly along Fifth Avenue, are highly desired by leading retail brands due to the neighborhood’s high-traffic volume and proximity to Madison Square Park and Eataly,” Melissa Gliatta, an executive vice president at Thor, said in prepared remarks.

Alexandra Frangos and Sam Polese of Thor represented the landlord in-house, while Simon Dallimore and Carren Ballenger of Dallimore & Co. represented the tenant along with Chris DeCrosta and Hank O’Donnell of Crown Retail Services. Brokers for the tenants did not immediately return calls for comment.

Thor bought the building from ABC Management Corp. in September 2014 for $28 million, as CO reported at the time.