Industry Leaders: Times Square Still Has a Lot of Play in Midtown 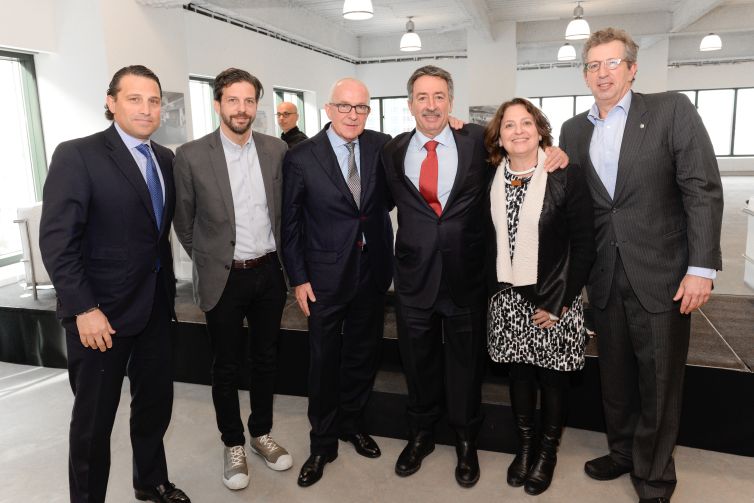 In the New York City tradition of neighborhood rivalry, the players of Times Square have a message for new developments on the Far West Side: we still have more to do than you ever will.

Some of the area’s big wigs took the swings at Commercial Observer’s breakfast panel yesterday morning, “Times Square: The Next Act,” which looked at the future of a neighborhood that’s undergone a massive transformation from seedy to successful in the last 20 years. The panel featured William Rudin, the chief executive officer of Rudin Management Company; Albert Behler, the chairman, CEO and president of Paramount Group; Ellen Albert, the executive vice president of CORE Services at Viacom; Tim Tompkins, the president of the Times Square Alliance; and Brian Waterman, a vice chairman of Newmark Grubb Knight Frank. Jonathan Mechanic, the head of the real estate group at Fried, Frank, Harris, Shriver & Jacobson, moderated the panel.

Although there are concerns over some hostile costumed characters and massive vacancies from companies headed Downtown and to the Far West Side, these stakeholders said companies want to be in the area because the entertainment, transportation and dining options outpace most other places in the city. And to back up his claim that it was the crossroads of Gotham, Mr. Tompkins threw out an unusual statistic when he said the alliance found that there were 17,000 photos posted to Instagram per day.

“Compared to Hudson Yards, we blow them away on transit access,” Mr. Tompkins said. “They’re going to spend a half of a billion dollars to build some giant culture shed. We’ve got more culture here in 20 feet.”

Sitting on the 22nd floor of Rudin Management’s 1675 Broadway between West 52nd and West 53rd Streets, the panel also discussed how buildings have become more diversified in Times Square when it comes to tenancies. Mr. Behler pointed to Paramount Group’s 1633 Broadway between West 50th and West 51st Streets, which is home to the likes of Warner Music, Morgan Stanley and law firm Kasowitz, Benson, Torres & Friedman.

“That’s a charm of the West Side and Times Square that you have different people working together in the same buildings in the same community,” Mr. Behler said. “Go to Park Avenue. Everybody looks the same. It’s all financial services [companies]. Nothing against Park Avenue, but it’s a totally different, very sterile kind of environment.”

Making Times Square a community of tenants, landlords and public events was crucial to the business district’s continued success, the panelists added. The panel touted such things as a public event for the opening of the Metropolitan Opera, which this year Mr. Tompkins said will be highlighted by food vendors curated by the same team behind City Kitchen—a food hall in Times Square at 700 Eighth Avenue on the corner of West 44th Street. Next up to improve public spaces, they added, was the public plazas being installed by the city, slated for completion in the spring of 2017.

“The whole character has changed because people believe on a longterm basis this is a good place to make an investment,” Mr. Rudin said. “And when you have that view of the world…you do the right things because it’s not always about the quick profit, it’s about looking at a longterm perspective. That’s what we’ve done and I think that’s what you’re seeing here in this neighborhood.”