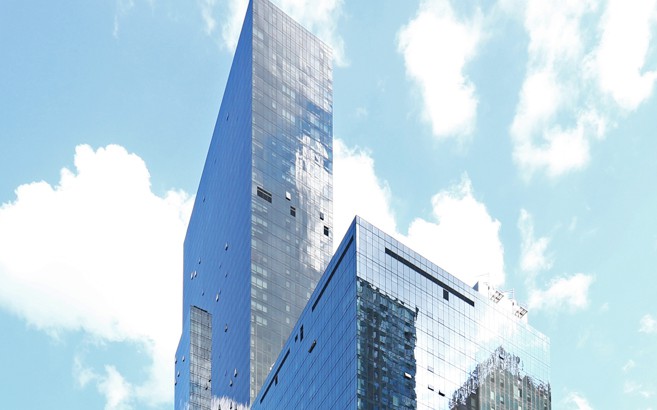 Industrial and Commercial Bank of China provided a $211.6 million loan to Kuafu Properties and the U.S. arm of Shanghai Construction Group to fund the two firms’ acquisition of 1 MiMA Tower, according to city records.

The $260.8 million purchase leaves the partnership with the top 13 floors of Related Companies’ and TIAA-CREF’s MiMA, a 63-story residential tower at 460 West 42nd Street in Midtown Manhattan. Kuafu and SCG plan to convert the 151 rental units into “affordable luxury” condominiums. The financing from ICBC carries an 81 percent loan-to-cost ratio, based on the acquisition price.

When construction on the massive rental tower began in 2009, the top floors were designed as condo units, with studios starting at around $700,000. But as the recession lingered, Related chose to keep all of the units as apartments for rent. Available two-bedroom rental units at MiMA start at $9,995 per month, while studios start at more than $4,000, according to StreetEasy.

Commercial Observer first reported in July 2015 that the joint venture partners were planning to buy the upper portion of the property, while the bottom 50 floors will remain rental units.

Shang Dai, Kuafu’s chief executive officer, said at the time that the new condos will offer “something luxury—but still affordable.”

“That’s not something you see a lot of in the market,” Mr. Dai said, adding that Kuafu and SCG will “give buyers the opportunity to upgrade.”

At the time, the New York-based Chinese developer declined to say what the individual condos would cost, but industry sources speculated that the newly converted units would start at around $1.5 million.

Representatives for Kuafu and ICBC declined to comment about the acquisition financing.