The ABCs of FIRPTA 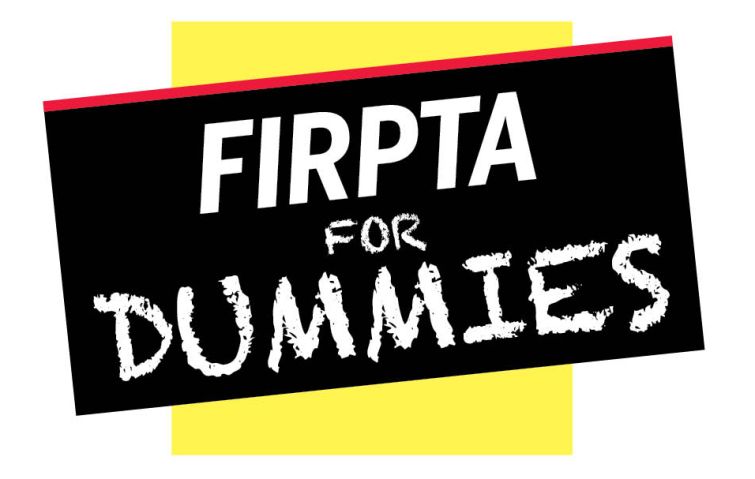 We all know that foreigners have been snapping up real estate in the United States for a while, but are they taxed the same way? Since the introduction of the Foreign Investment in Real Property Tax Act, called FIRPTA, in 1980, Congress has had a way to tax foreigners who sell U.S. real estate. The tax law has been in the news lately, as some reforms were passed at the end of last year. What are those amendments? And, really, what on earth is this obscure FIRPTA law anyway? Commercial Observer gets the rundown.

So what actually is FIRPTA?

It authorizes the United States to extract an income tax from foreign entities and non-U.S. citizens on dispositions of U.S. real property interests. Essentially, it means that foreigners will be treated like U.S. citizens. “Congress said real estate is sacred and we shouldn’t allow non-U.S. people to make a profit on it and not pay taxes,” said Saul Brenner, a tax partner and the head of Berdon’s International Advisory Services Group. To make sure the seller pays his tax, the buyer withholds a tax at closing and remits it to the Internal Revenue Service as an advance payment against the seller’s tax liability.

Well, FIRPTA in general has made it less attractive for foreign entities to invest in the U.S., according to Mr. Brenner. “It’s cut back on the market for U.S. real estate,” he noted.

Who does FIRPTA apply to?

Who is considered a foreigner?

A person, corporation or entity that is a non-U.S. resident.

Why has FIRPTA been a hot topic?

In mid-December, Congress raised to 10 percent from 5 percent the amount that a foreign investor can invest in a domestic real estate investment trust without triggering FIRPTA. That became effective Jan. 1. It also voted to allow foreign pension funds to invest in U.S. real estate and infrastructure without being subject to FIRPTA.

Finally, the withholding rate under FIRPTA increased to 15 percent from 10 percent, to take effect after Feb. 16 (60 days after the enactment date).

“Congress is starting to loosen it up. They saw that keeping it that way it was limiting investment in real estate,” Mr. Brenner said. “They recognized they were cutting off the purchaser pool.”

Are the changes good or bad?

A bit of both, according to Mr. Gilman.

“The increase in the withholding tax rate will, unless a withholding certificate is obtained, decrease the cash proceeds payable to the foreign seller,” Mr. Gilman said. “Like any withholding tax, the FIRPTA withholding is an estimated tax payment, so this change only affects the cash flow of the foreign seller, and does not change the amount of tax ultimately due. The change may also increase the number of sellers eligible for a withholding certificate [which reduces the withholding], which can increase selling costs [because there are costs in applying for the certificate]. On the other hand, the availability of a FIRPTA exemption for foreign tax-exempt entities [which the IRS has yet to define] will almost certainly increase the demand for U.S. real property, perhaps significantly.”

William Rudin, a vice chairman and the chief executive officer of Rudin Management Company, weighed in. “Investors won’t invest unless they think that they’re going to get their money back at a reasonable return,” he said, “so any impediment that blocks that is not good, so the FIRPTA change creates I think a much easier mechanism for foreign pension funds to invest.”

He added: “They are hungry to invest in the United States, and this I think will create a tremendous opportunity for continued capital flows to New York and the rest of the country and is very, very net positive.”