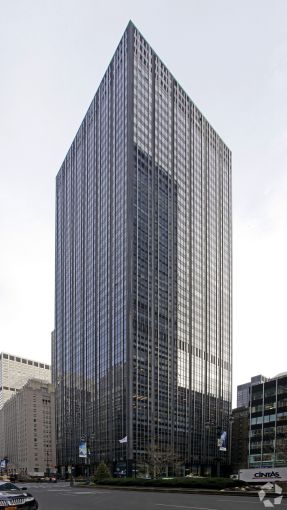 Entwistle & Cappucci has signed a 12,000-square-foot deal for a new office space on the 20th floor of the Fisher Brothers-owned 299 Park Avenue, according to a press release from the landlord.

The firm’s space is on the 20th floor of the building between East 48th and East 49th Streets. A Fisher Brothers spokeswoman declined to disclose the length of the lease. Asking rents at the building range from $90 to $135 per square, she said.

“This transaction is proof that you can come home again, and we are thrilled that Entwistle & Cappucci’s highly skilled and accomplished team is returning to 299 Park Avenue,” Kenneth Fisher, a Fisher Brothers partner, said in prepared remarks.

Marc Packman and Jessica Kanfer of Fisher Brothers represented the landlord in-house, while Owen Hane and John Cefaly of Cushman & Wakefield represented the tenant. The C&W brokers did not immediately return a request for comment via a spokesman.

Entwistle & Cappucci is moving from across the street at 280 Park Avenue, according to the press release. It wasn’t immediately known how many square feet the firm currently leases at that building.

The deal is one of two Fisher Brothers recently signed at the 42-story building. Enplas Tech Solutions, a Japanese technology company, signed a lease for 4,000 square feet of pre-built space on the 41st floor. Junji Miyake of C&W represented the tenant in the deal.

The landlord has converted the 41st floor into pre-built units that range from about 3,650 square feet to roughly 9,700 square feet, according to Fisher Brothers.

“We are excited to welcome Enplas—a firm on the cutting edge of product development,” Fisher Brothers Partner Winston Fisher said in a statement. “They are the perfect tenant for the type of pre-built spaces we have created.”