After Decades in Limbo, the Landmarks Commission is Cleaning Up Its Backlog 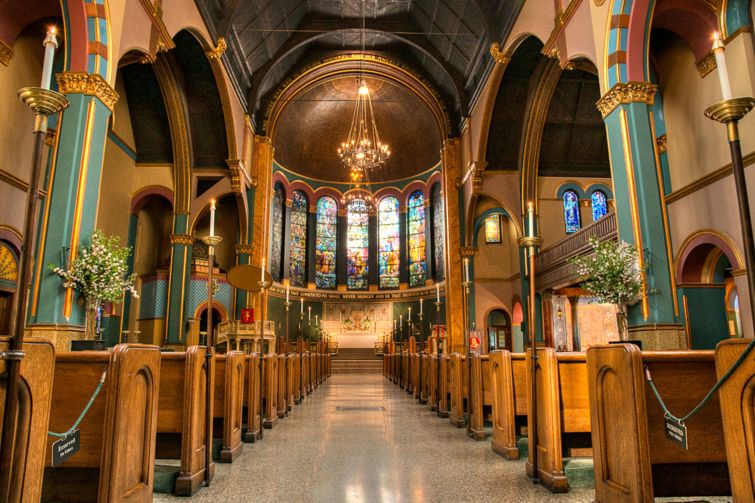 The New York City Landmarks Preservation Commission has decided to clean up its act.

That means owners of properties like the D. G. Yuengling Brewery at 1361 Amsterdam Avenue and the old Bergdorf Goodman Building at 754 Fifth Avenue will find out by the end of the year whether or not they own a landmark.

The LPC has kept 95 properties around the city in calendar limbo, some for as long as five decades.

“Essentially what happens is once you get calendared, it’s as if you were landmarked without being landmarked,” John Banks, the president of the Real Estate Board of New York, told Commercial Observer. This means that renovating or altering a property becomes a more difficult and red-tape-heavy process.

The LPC’s initiative to clear the backlog began with a flurry of public hearings late last year at which organizations and citizens testified to the accumulation.

“We have heard problems with building owners who have a retail tenant and they want to make an adjustment to their signs, and the delays have been so encumbering that the business has chosen not to renew,” said Michael Slattery, a REBNY senior vice president.

And being in landmark limbo does not afford the owners the benefits of the actual designation, such as receiving state tax credits to assist with the rehabilitation of the properties.

The 95 sites up for landmarking designation stretch across all five boroughs and include homes, churches, office buildings and the Pepsi-Cola sign in Long Island City, Queens.

Of course, being in limbo is not the same as being in landmarking hell; calendared properties are subject to a 40-day waiting period for permits from the New York City Department of Buildings, but if they need to make alterations immediately they can speed up the process by getting a “notice of review” from the LPC. The agency issued 237 of those review notices last year where the average wait time was one and a half days, according to the LPC’s spokeswoman.

This generally doesn’t assuage landlords. “Having an expedited process is helpful,” said Mr. Slattery, “but if you have been on the calendar for decades, it is little consolation for years of indecision and repeated additional reviews which in the end may not be necessary.”

Still, getting calendared hasn’t stopped properties from trading hands or being modified.

Union Square Park—which is already a National Historic Landmark—was calendared in 1977, but got a new plaza, lawn, lighting and subway kiosks in 1985. Nine years later, two playgrounds were constructed.

So how did this backlog arise anyway?

Anyone can nominate a property or district for landmark status. The agency reviews the submissions and staff members judge whether it deserves further evaluation. If the 15-member research department decides the nominee has merit, the staff presents its findings to the 11 commission members. A majority vote from the commissioners is needed to “calendar,” or schedule a public hearing for the property, followed by a detailed report that is sent to the owner. Then the commission takes a vote to landmark it and the City Council votes after that.

The LPC reviews about 200 landmark nominees a year. In 2015, the agency designated four historic districts and six individual landmarks. It also issues more than 13,000 permits a year for alterations to landmarks, as well.

Because there is not an expiration date for how long a property can be calendared, the 77-person staffed LPC, which includes the chairperson but not the other 10 commission members, tabled properties for reasons  like “significant opposition, lack of councilmember support, potential legal issues that may have been raised at the time of the hearing or other site-specific challenges,” an LPC spokeswoman said via email.

While some have also attributed the backlog to the LPC’s small staff and budget ($5.1 million last year), the commission has designated more than 35,000 properties in the city as landmarks over its five-decade history.

“They should [increase] funding for the Landmarks Preservation Commission,” said Simeon Bankoff, the executive director of the Historic Districts Council, a preservation advocacy group. “It has one of the smallest budgets in the city. Then they could deal with things faster and in a more expeditious manner.”

Another solution would be to set strict time limits for voting on landmark status, which is exactly what legislators are trying to do.

Councilman Peter Koo of Queens authored a bill, which was introduced to the City Council in April last year, that would give the commission about two years to vote on landmarking a property or district. If not designated within that time, the property would be banned from being calendared for the next five years. Preservation groups have been fighting against the bill. (The bill is currently before the City Council’s Land Use Committee and has not been scheduled for a vote.)

“It would discourage the consideration of complicated or controversial sites and encourage obstruction rather than designation,” the Historic Districts Council wrote in a letter of opposition to the bill in August 2015. Mr. Bankoff added when contacted by CO that the law is “redundant,” “unnecessary” and “damaging.”

The LPC showed concern, as well. “The agency supports the goals of the legislation, and agrees that the general time frames outlined in the bill are workable,” the LPC spokeswoman wrote in an email to CO. “Of greatest concern is the five-year moratorium provision to re-calendar properties, which would severely compromise the agency’s ability to carry out its mandate to designate historically significant sites.”

In response, Mr. Koo said he is talking with the LPC and different advocacy groups about reducing the five-year moratorium.

“With the new law, it will force the LPC to make a decision [on a designation] one way or the other,” Mr. Koo said. “The basic things [of the law] won’t change.”

But for REBNY and various other real estate organizations, such as the New York State Association for Affordable Housing, the Building and Construction Trades Council of Greater New York, the Partnership for New York City, the New York Building Congress and the property service workers union 32BJ SEIU, the bill is long overdue.

“This bill will create a more transparent [procedure] for the landmarking process that we believe is good for New York City,” Hector Figueroa, the president of 32BJ SEIU, said last year. “Creating a timeline for these decisions will allow residents, workers and building owners in future landmark buildings and historic preservation districts to have a clear understanding of the future of their buildings and help them plan for it.”