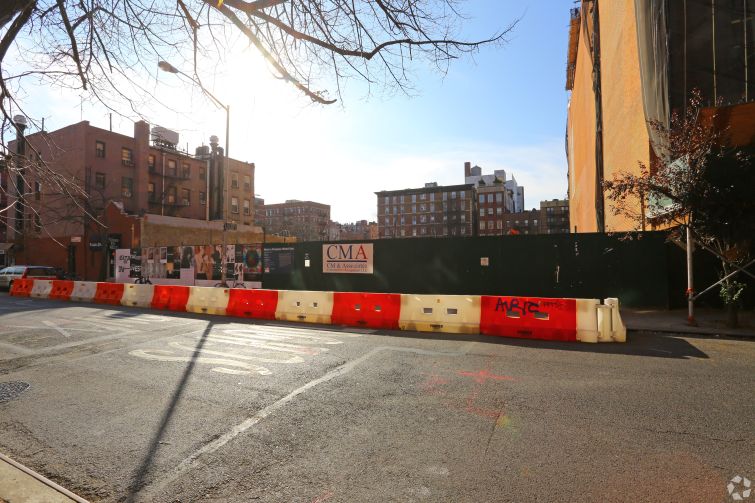 Douglas Steiner—the man behind Steiner Studios—is stepping out of Brooklyn and working on a ground-up residential development in the East Village.

The development firm acquired the site—which housed a church, rectory and private school—for $41 million in 2012 from the church Mary Help of Christians.

The site was originally intended to house a seven-story, 158-unit rental building with 22 units designated as affordable under the New York City Department of Housing Preservation and Development’s Inclusionary Housing Program.

Mr. Steiner, who lives in the East Village himself, told CO that putting up luxury condos in the neighborhood is “not the oxymoron people might have thought it was 15 to 20 years ago.”

“We’ve seen a huge pent up demand for luxury services in the East Village, and only a few have been done,” he said, referencing The Jefferson, an 82-unit luxury condo property at 211 East 13th Street.

The recent financing is the second construction loan Mr. Steiner received from Bank of America in 2015. The bank led a $390 million deal for The Hub, a mixed-income 80/20 residential building at 333 Schermerhorn Street in Downtown Brooklyn, as CO reported in February.

Mr. Steiner noted that his firm had a slightly more attractive deal on the table for 438 East 12th Street, but opted for the Bank of America loan due to his previous experience with the bank.

“You benefit by working with the same people again,” he said. “These guys understand a [project] that is not in a tired neighborhood—they’re much more visionary.”

Brad Dubeck, the commercial real estate banking executive for the New York and New Jersey markets at Bank of America, oversaw the $130 million construction loan on behalf of the lender.

“Bank of America is proud once again to support Steiner in the development of an exciting new project and great addition to the Lower East Side of Manhattan,” Mr. Dubeck said.