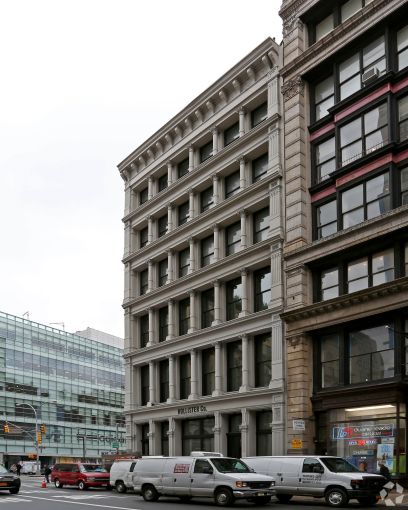 The borrowers, Aurora Capital Associates, the Adjmi family’s A&H Acquisitions and the Chera family’s Crown Acquisitions, are using proceeds from the 10-year line of credit to replace a $72.6 million mortgage originally provided by the now-shuttered Anglo Irish Bank in January 2008. The previous debt had changed hands twice after and was most recently acquired by SunTrust Bank in February 2014, city records show.

The borrowers will cash-out a portion of the facility—which closed on Dec. 18—and the remainder will be set aside for capital reserves.

The financing, which carries a 50 percent loan-to-value ratio, will be securitized in the commercial mortgage-backed securities market in the first quarter of 2016. BNY Mellon has been outsourcing its CMBS business to Iron Hound’s lending arm for the past year, said Robert Verrone, a principal at the New York-based firm.

“We have a five-year, exclusive agreement with Bank of New York Mellon,” Mr. Verrone told CO by phone. “We provide the expertise and origination in partnership with the bank, and we did a little over $1 billion [in CMBS transactions] in our first year.”

The property, which sits on the corner of Broadway and Houston Street, is fully leased and contains 65,192 square feet of space, according to PropertyShark.

The current owners bought the building from Olmstead Properties for $71.4 million in 2008, according to city records.