Get Rid of Non-Compete Clauses! 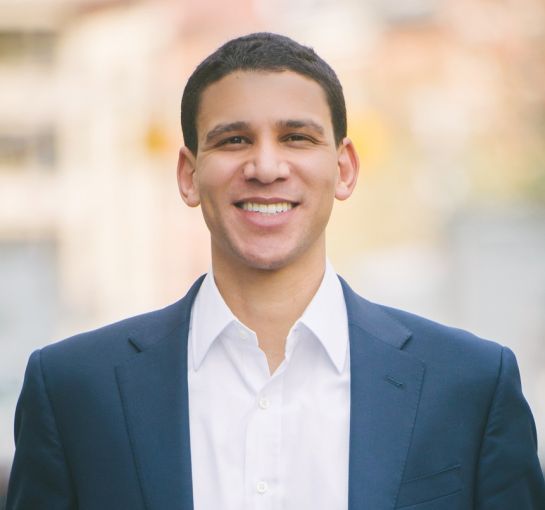 As I’ve navigated the real estate industry, my guiding principles have stemmed from my mother. A single parent who earned her living as a real estate agent, she often felt the brokerage structure took advantage of its agents. As a result, she rarely felt she had great options or opportunities.

Since launching Compass in 2013, I’ve asked myself several questions over and over (many of the same ones I heard my mother wonder about aloud throughout her own career). These questions apply, in the case of my company, to residential brokerages, but can, with very little tweaking, apply to commercial real estate firms, as well:

1) How do some of the largest New York City firms get agents to sign agreements that require them to lose up to 50 percent of their in-contract commissions owed to them if they leave?

2) How do the same firms get away with not letting agents (independent contractors) bring their active clients with them if they want to move firms?

3) Why do some brokerage firms get their employees to sign six- to 24-month non-competes, which make them unemployable and restrict their options?

5) Why, unlike any other market, does New York not have a public multiple listing service, which empowers agents with public tools and creates a fair playing field for smaller firms?

Answering any single one of these questions is hard, but when you look at them together, the answer becomes very simple: the NYC brokerage system is an oligopoly. In an oligopoly, a few very powerful players can make unfair decisions with the goal of enhancing their profit at the expense of their employees, agents and customers.

Our stance on these issues? We believe eliminating restrictions and increasing opportunity for agents and employees is the right thing to do. Compass wants to raise standards and so, driven by this sentiment, we recently inserted a
key-person clause in listing agreements that, for the first time, allows agents to take their clients with them if they choose to leave. In addition, we are announcing today that Compass has decided to eliminate non-competes, believing that open and free competition keeps us all accountable.

While many employers have discontinued using non-compete restrictions, too many instances of these pernicious provisions remain. While some narrow non-compete agreements legitimately protect employer trade secrets, there is a growing trend toward unreasonable non-compete agreements. When companies require their employees to enter unreasonable non-competes, they unfairly restrict the professional growth and economic stability of their employees and promote anti-competitive behavior by limiting free choice. This isn’t where we as a company want to stand.

Over the past year, I have reached out to the heads of some of real estate’s biggest firms to see if we can create a more supportive structure within our industry. Today, I would again like to invite my colleagues to discuss these topics, as I believe it is in everyone’s best interest to create fair industry standards. I would also urge employees and agents to spur their executives into this dialogue so that together we can create a marketplace that empowers its people.

Here are several factors that contributed to our decision and that I believe benefit real estate as a whole:

1) We want the best for our employees.

Within real estate, non-competes can range from six to 24 months. Depending upon the geographic limits imposed, these contracts may force departing employees to move out of state—even across the country—to find new employment that complies with their agreement. Prospective employers may also be less likely to hire an individual who comes saddled with a lengthy or oppressive clause, adversely affecting his or her emotional and financial well-being.

2) We want to be aligned with our employees’ interests.

If an employer knows that you can’t move to another company without undergoing a long and expensive legal fight, what is their incentive to keep you happy? The minute you sign an unreasonable non-compete, you lose the ability to leverage your talents in the marketplace and companies know they have you between a rock and a hard place.

A 2011 study by Olav Sorensen, a management professor at Yale University, found that the enforcement of non-compete agreements actually impedes innovation and that more venture capital dollars are funneled to states that don’t enforce these agreements.

4) Non-compete clauses are void in California and disfavored in many states.

California law considers non-compete agreements void except for very specific instances because the courts want to promote open competition, employee mobility and the “important legal right of persons to engage in businesses and occupations of their choosing.” And in New York State, non-compete restrictions are very narrowly interpreted because they can put undue hardship on employees.

Today, we’re proud to join a long list of respected companies who believe in free and open competition. We want Compass employees to work here because they want to work here, not because a non-compete prevents them from working somewhere else.

Compass recognizes the important difference between protecting a company’s proprietary information, and inhibiting the growth and economic stability of employees and their families. While non-compete clauses are not always enforced, requiring someone to sign away their professional rights for a lengthy period or requiring them to move in order to make a living is unnecessarily harmful and disruptive on many levels.

In repealing our non-compete clauses, Compass affirms our employees’ right to choose where they work. The employee-employer relationship should be one built on mutual respect, responsibility and fairness. While companies have the right to execute reasonable limitations to protect certain business interests, employers have a responsibility to not create unnecessary fear and hardship for their departing employees. We hope you agree.

Robert Reffkin is the founder and CEO of Compass.