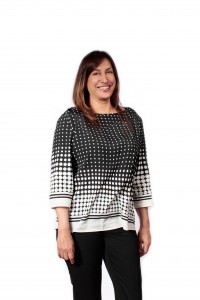 Long-time broker Diana Boutross has left Winick Realty Group for Cushman & Wakefield, Commercial Observer has learned. She started yesterday as an executive vice president in C&W’s tri-state retail services group, according to C&W, and her focus will be on the outer-boroughs.

“We’re really excited to have someone of Diana’s caliber join the firm,” Gene Spiegelman, a vice chairman and the head of retail services for the Americas, said in prepared remarks. “There’s an enormous opportunity for growth in the boroughs and Diana is just the leader to help us accomplish that.”

Ms. Boutross started at Winick as a broker in 1998, according to her LinkedIn profile, before becoming an executive vice president in 1999. She specialized in tenant and landlord representation in the tri-state area, C&W said in a release.

“Ms. Boutross was integral in bringing Outback Steakhouse and World of Beer to New York, leased the first Whole Foods in the Williamsburg market, and was instrumental in introducing the Starbucks Coffee retail stores to the outer-boroughs in her role as the exclusive brokerage professional for the coffee giant,” the release indicates.

Winick President Steven Baker said via a spokeswoman: “We wish her the best of luck.”