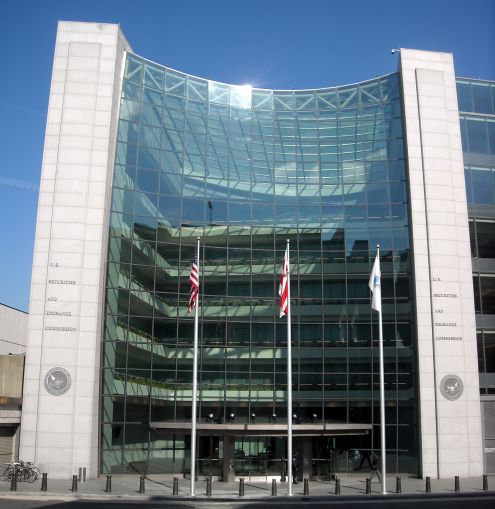 The U.S. Securities and Exchange Commission‘s revisions to Regulation AB come into effect today and will be a game-changer for the commercial mortgage-backed securities market.

The new regulations , colloquially known as Reg AB II by industry folk, are an addition to the Securities Act of 1933 and designed to ensure greater due diligence and review time on transactions before they go to market. The chief executive officer of the depositor, or CMBS issuer, is required to sign a certification for each offering, making them personally liable for any false information.

As of today, each issuer will have to designate one official who is their “AB II certified person,” who reviews all the underlying warranties and certifies that all the information on loan documents is true, said William O’Connor, partner and co-leader of the real estate capital markets and CMBS practice group at Thompson & Knight.

Industry players that Commercial Observer spoke to agreed that the regulation favored larger banks—in part because greater disclosure and review will take up more time when closing deals, and therefore drive up costs.

The Federal Housing Finance Agency v. Nomura Holding America Inc. case from earlier this year highlighted some of the tensions between how deals really close and the importance of keeping documents uniform.

“Oftentimes, when going through the due diligence and closing process, material items are waived, assets are put in or taken out of the pools and changes are made by the business people that are not necessarily reflected in the CMBS documents,” Mr. O’Connor told Commercial Observer in a previous interview in September. “What the Nomura case says is that if you don’t do that, there’s massive liability on behalf of the issuers and personal liability in some cases where it’s deemed to be securities fraud.”

William Campbell, partner and member of the real estate and real estate commercial lending practices at Stroock & Stroock & Lavan, echoed the sentiment that the immediate requirement of the CEO certification would make the closing process more burdensome and time consuming. However, he also noted that uniformity in documentation would be one of the benefits from the new regulation.

“One thing CMBS has lacked is uniformity,” Mr. Campbell said. “Everyone has their own loan documents and forms, the issuers and warehouse lenders and other loan buyers have different warranty forms. It’s very cumbersome.”

However, uniformity may come at a cost.

A research report from KPMG published in September 2014—after the S.E.C. announced the final additions to Regulation AB—noted that originators, issuers, servicers and trustees may have to make significant investments in reprogramming and upgrading their current systems to meet new standards, said Bruce Whipple, director of the capital markets group at Avison Young.

“If that is the case, then I think that some of the smaller and newer CMBS platforms that do not generate significant volume of production, may find stiff headwinds,” Mr. Whipple said. “The [smaller companies] may decide that it is not cost effective to make the additional investment to stay in business. It may force some of the smaller players out of business, limit available options and increase transaction costs.”

Regulation AB is not the only approaching policy change that may shift the playing field for the securitization business. The compliance date for the Dodd-Frank Wall Street Reform and Consumer Protection Act, also known as risk retention, is Dec. 24, 2016. Industry estimates point to anywhere from a 35 to 50 basis point increase in fees when the rules kick in.