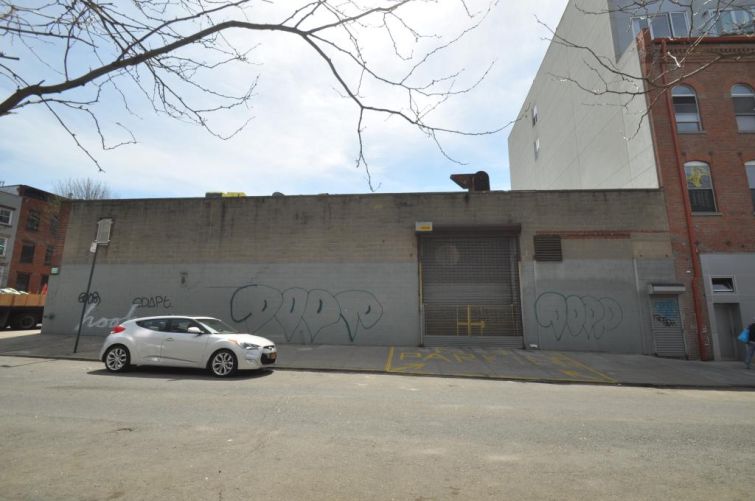 Two adjoining factories in the Williamsburg section of Brooklyn have been sold off to a developer with plans to build a new, mixed-use project at the site.

North Development Group, a Brooklyn-based real estate company, paid $26.5 million for 286-298 Wythe Avenue and 300-306 Wythe Avenue between Grand and North 1st Streets, property records show. The site has 51,200 square feet of buildable potential, according a press release from Eastern Consolidated, which represented both sides of the sale.

The buyer partially paid for the building with an $18.6 million acquisition loan from Sterling National Bank, property records show.

There is currently a one-story factory on each plot. The new owner plans to raze the buildings and make way for 40 to 50 apartments as well as retail and community use space, said Gabriel Saffioti of Eastern Consolidated.

“There’s not a lot of land left over there anymore, or warehouses you can convert,” he said. “I haven’t seen many land deals on the southside of Williamsburg in a long time.”

Mr. Saffioti represented both the buyer and the seller, Tri-Boro Shelving & Partition Corp., along with colleague Nicole Rabinowitsch.

The seller has owned the properties since at least the mid-1970s, Mr. Saffioti said. Tri-Boro Shelving, however, had built a new manufacturing facility in Virginia and decided it was time to sell its longtime Brooklyn holdings. The company will remain at the buildings until it can relocate its New York City operations to a new location across the border in Queens.

“They just saw that it was time to sell,” Mr. Saffioti said. “[North Development Group] came in with a very aggressive price.”

Interest in building along the Williamsburg waterfront and nearby blocks like Wythe Avenue has skyrocketed in the last few years. Two Trees Management has a planned development at the former Domino Sugar Factory on the water in the gentrified neighborhood. Spitzer Enterprises is developing a 550-unit rental apartment project at 420 Kent Avenue.