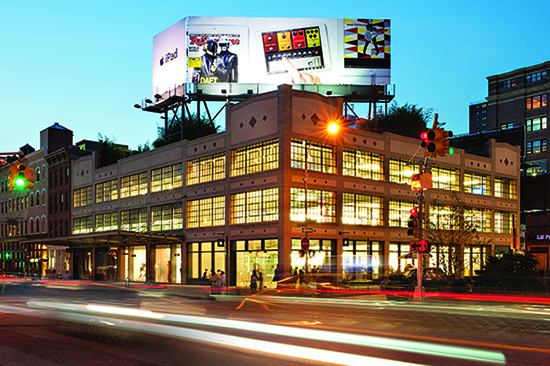 A team from HFF arranged the 15-year, interest-only, fixed-rate financing, according to a press release the national brokerage issued today. The deal closed on Oct. 29.

The four-story building, located on the corner of Ninth Avenue, is 100 percent leased and anchored by a flagship, three-story Apple store. Other retail tenants in the 53,186-square-foot building include Hugo Boss and The Kooples. Apple and Raptor Capital Management also have offices in the building.

Taconic purchased the property, which is located two blocks away from Chelsea Market and Google’s East Coast headquarters at 111 Eighth Avenue, for $34.6 million in 2005. Renovations, including a restored façade, new windows and HVAC, were completed in 2007.