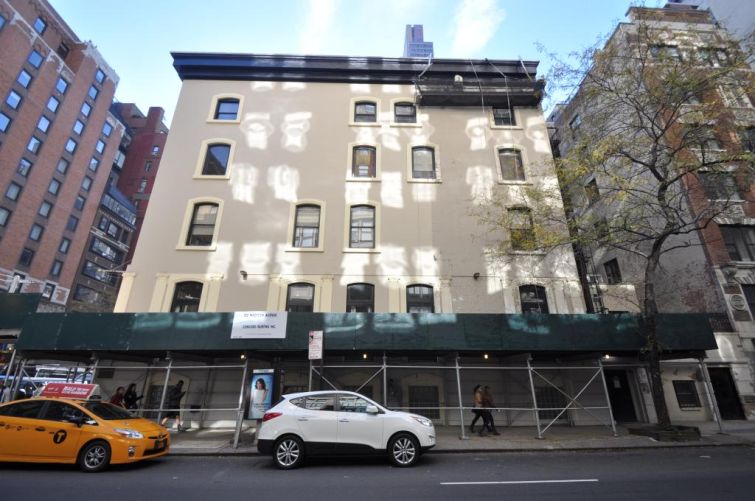 JD Carlisle Group has closed the $10.5 million purchase of the headquarters of The Bowery Mission at 132 Madison Avenue, nearby its development site on East 30th Street, property records show.

The sale of the 12,980-square-foot building closed in September and hit property records today. JD Carlisle bought the building from the Christian Herald Association, which operates the Bowery Mission and utilized the site for development, finance and human resources for the five homeless shelters it runs around the city. It’s a major spike from the $2.5 million the nonprofit paid for it in 1998, according to CoStar.

The four-story structure between East 30th and East 31st Streets has a floor-area-ratio of 10, giving it the potential to build up to 28,590 square feet. But its unused 15,600 square feet will likely go to JD Carlise’s yet-to-be built 53-story residential tower on the block.

JD Carlisle has been snatching up properties on the NoMad block to order to assemble the air rights to build the 188-unit residential tower it’s planning. The developer paid $102 million in March for 15 East 30th Street, which is where the tower is bing developed, The Real Deal reported in March. The sale of 132 Madison Avenue was included in that, but it was listed with a different seller and for a lower price.

Representatives for the Christian Herald Association and JD Carlisle did not immediately return requests for comment.

Adelaide Polsinelli, a principal of Eastern Consolidated, said the $10.5 million price tag for the corner building reflected how valuable corner properties have become in Manhattan.

“A corner building on an avenue in a prime Manhattan corridor like this, that’s a fair price,” said Ms. Polsinelli, who was not involved in the sale. “It’s a testament to the appreciation of Manhattan real estate corners.”

UPDATE: An earlier version of this story said that 132 Madison Avenue was utilized as a homeless shelter.