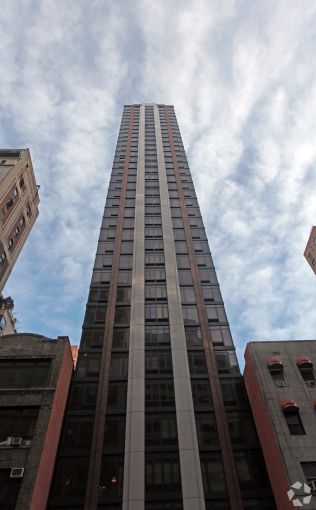 CIM Group has filed a $5 million lawsuit against BridgeStreet for running 47 East 34th Street as an “extended-stay hotel,” in violation of the building’s 421a eligibility status, according to a New York State Supreme Court complaint.

BridgeStreet, a temporary housing provider, leased the building between Park and Madison Avenue from March 2012 to March 2015 and was supposed to keep the building “genuinely residential in nature,” the suit indicates, meaning “units in the building could not be rented for periods of less than six months.”

BridgeStreet agreed to do this to maintain the building’s status in the 421a program, providing real estate tax breaks in exchange for providing affordable housing, the suit claims.

When CIM acquired the property in 2011 at a foreclosure auction, the firm agreed “that BridgeStreet shall bear no liability for any increases in real estate taxes and assessments, interest and penalties that may be imposed on the property as a result of non-compliance with the 421a program to the extent such non-compliance results from BridgeStreet’s use of the property during the extended term,” according to a stipulation dated Dec. 20, 2011.

The New York State Attorney General began investigating impropriety at the property, filing a June 25, 2014 subpoena for documents. Attorney General Eric Schneiderman determined that CIM was receiving 421a tax exemptions at 47 East 34th Street while operating the building as an illegal extended-stay hotel, according to a Feb. 26, 2015 press release about a settlement with CIM.

In 2009, 47 East 34th Street developer Esplanade Capital was struggling to pay its mortgage lender, iStar Financial, and it entered into a forbearance agreement under which iStar would not foreclose on the property if the building was leased to BridgeStreet, and Esplanade  made certain payments to iStar, according to the AG’s assurance of discontinuance dated Feb. 18.

iStar initiated foreclosure proceedings against Esplanade since it couldn’t make its payments, the court document indicates.

CIM purchased the 110-unit building in October 2011 for $54 million, according to property records. On March 1, 2012, CIM negotiated a two-year lease with BridgeStreet to pay $4.9 million per year to occupy the building and use the 110 apartments. On Dec. 10, 2014, CIM terminated the lease, effective March 11 of this year.

The building started receiving the 10-year section 421a tax exemption commencing July 1, 2011 under Esplanade and CIM wanted to maintain the exemption. From the time CIM bought the building until February of this year, CIM obtained exemptions in excess of $4.4 million, the suit says. Following the AG’s investigation, CIM had to forfeit those tax benefits and “convert all 110 units of the building to rent-stabilized units.”