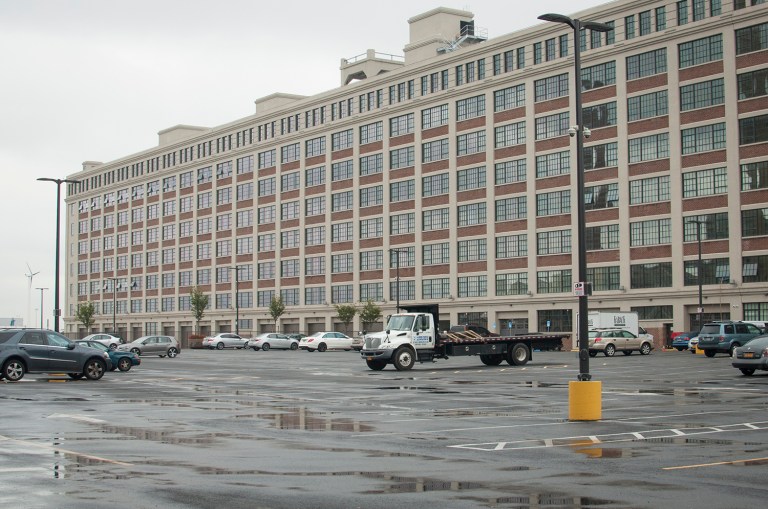 Amazon is the latest company to set its sights on Brooklyn and opt for the gritty waterfront of Sunset Park.

The e-commerce giant has agreed to lease space at the 1-million-square-foot Liberty View Industrial Plaza, city property records show. Amazon and landlord Salmar Properties signed a lease memorandum on Oct. 26 that will put the tech corporation at the 90-year-old building for seven years.

How many square feet Amazon leased was not immediately clear. Asking rents in the building range from the high-$20s to low-$30s per square foot, according to The Real Deal, which first reported news of the Amazon move.

Newmark Grubb Knight Frank and Kalmon Dolgin Affiliates market the industrial space of the eight-story property between 29th and 32nd Streets. Spokeswomen for the brokerages did not immediately return requests for comment.

It’s the latest of several established companies setting up shop in the South Brooklyn enclave. The Brooklyn Nets have a training center at Industry City, the 11-building campus that sits adjacent to Liberty View. Earlier this year, Time Inc. announced it was moving 300 employees to Industry City as part of its larger move in Manhattan to Brookfield Place.

Liberty View has been marketed toward industrial tenants since Salmar Properties bought the building from the New York City Economic Development Corporation in 2011 for $9.4 million. Greenwich Village-based Koppers Specialty Chocolate inked a deal in July for 50,000 square feet at Liberty View.