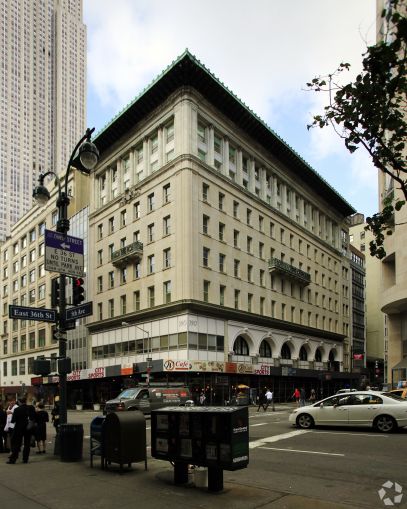 Midtown South has become one of the hottest neighborhoods in Manhattan, with commercial tenants flocking to the area south of Penn Station.

“This space is the largest space between Lord & Taylor and the Empire State Building,” said Faith Hope Consolo, the chair of Douglas Elliman’s Retail Group, who’s marketing the property with colleague Joseph Aquino. “This is a game changer for that part of the corridor.”

One type of potential tenant could be a retailer in the sportswear realm, she added. Because of the building’s frontage, she said it’s possible for a tenant to put large signage on the 135,000-square-foot building.

“This is an exciting opportunity,” she said. “It’s like a brand building. I can literally put whoever takes this space on the building.”

Mr. Aquino said in prepared remarks: “A retailer can get this great location for a tenth of the price of a store located on Fifth Avenue in the 50s, and still attain the majority of tourist traffic, especially with its proximity to The Empire State Building on 34th Street.”

Update: This story was edited to reflect the number of square feet on the market and asking rents.

How Office Owners Are Girding for COVID Long Term, What Tenants Expect