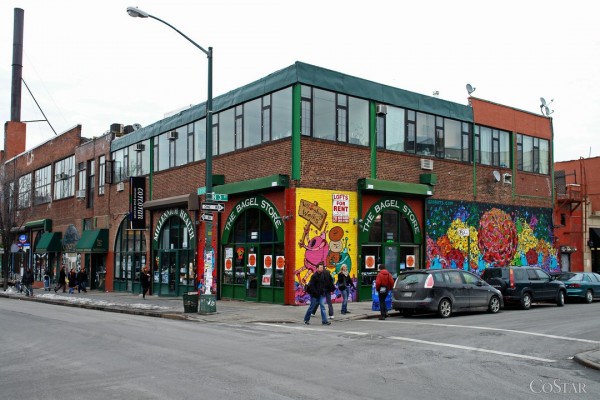 Asking rents on of the northern section of Bedford Avenue in the Williamsburg neighborhood in Brooklyn led the 15 corridors featured in the Real Estate Board of New York’s first-ever retail report focused on the borough. The average asking rent along Bedford Avenue between Grand and North 12th Streets, one of the bustling thoroughfares in the neighborhood, was $347 per square foot in the third quarter of 2015.

The gentrified neighborhood has been a draw for national, high-end retailers such as J.Crew, which is located two blocks off of Bedford Avenue at 234 Wythe Avenue, as well as Apple, which has long been rumored to be opening at 247 Bedford Avenue.

The closest average outside of Williamsburg? Montague Street from Hicks Street to Cadman Plaza in Downtown Brooklyn, which had an average asking rent of $300 per square foot.

Currently, it’s tough to tell from the report how quickly or significantly the rents have climbed throughout the 10 neighborhoods—spanning from Greenpoint to the north and Bay Ridge to the south—since this is the first time the organization has looked at the numbers, said REBNY President John Banks.

The REBNY leader told reporters during a breakfast meeting today at MetroTech Center that the group plans to release a study on Brooklyn’s retail market twice a year. All of the asking rents in the report were for ground-floor retail spaces.

“This is the establishment of a benchmark for everyone to look at,” Mr. Banks said. “Brooklyn has just reached a stage of maturity and its development as a retail market, and it was time to get the information out, compile it in a uniform way and present it to the public.”

“You have a lot of the boutique retailers, the mom-and-pops,” said Mitzi Flexer also of C&W and the advisory group. “They’re attracted to Park Slope along Seventh Avenue.”