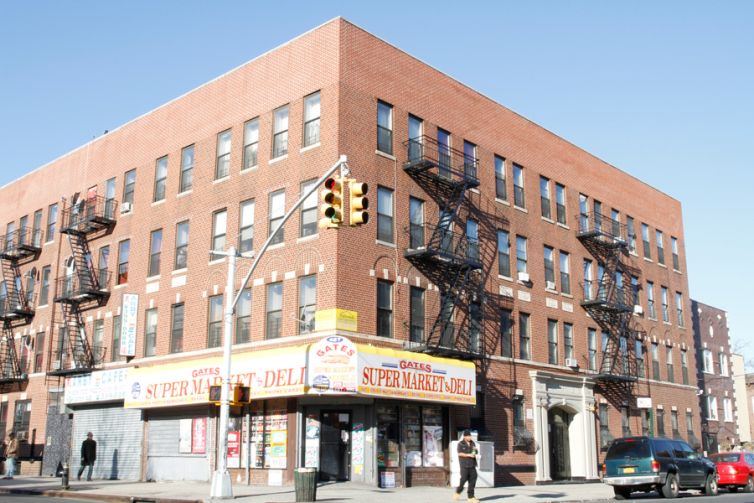 BEC New Communities Housing Development Fund Corporation has found a new private partner to fund and complete $15 million in improvements and capital repairs at a portfolio of rent-regulated Brooklyn buildings in Bedford-Stuyvesant and Crown Heights, Commercial Observer has learned.

Two days ago, The Hudson Companies paid $424,000 (the maximum amount allowed by the city’s Housing Preservation & Development), or $2,000 per unit, to create a new joint venture with BEC for the 212-unit, 13-building package, according to Hudson Principal Aaron Koffman. In addition, the company invested $3.5 million in equity, secured an $8.5 million construction loan from Bank of America and helped facilitate the HPD’s $3 million low-interest mortgage loan on the properties, according to Randall Touré, a development consultant to BEC. Mr. Touré declined to cite the interest rates in the deals, but a source with knowledge of the transaction said the HPD commitment is a balloon loan that carries a 1 percent interest rate for 30 years.

Hudson agreed to extend all of the regulatory agreements at the 100 percent occupied buildings for 30 years. That’s after the four or six years left on the buildings as per the previous regulatory agreement that created the affordability on the project. Mr. Touré said BEC maintains 70 percent ownership of the properties in its partnership with Hudson.

“We are really preserving affordable housing and the buildings are getting some necessary improvements,” Mr. Koffman said.

Improvements will include upgrades to common areas, the roof and brick repointing. Heritage Architecture from Paramus, N.J., and Aufgang Architects in Suffern, N.Y., have split up the portfolio. Heritage performed the capital needs assessment and determined that the apartments were in good shape.

“The buildings essentially look the same, but will be cleaner and sharper,” Mr. Koffman said.

BEC, which enables community empowerment through affordable housing and economic development, and a limited partner, National Equity Fund, bought the four- through six-story buildings, which have anywhere from eight units to 32, from the city in 1989 for $1, Mr. Touré said. They are comprised of studios through three-bedrooms with an average rent of $790 per month for a two-bedroom apartment, Mr. Koffman noted.

Over the last 15 years, BEC has been more involved in management rather than development.

This is the first time Hudson has partnered with the HPD in a project, but the developer has a long history of doing affordable new construction and market-rate preservation. Mr. Koffman said the company was inspired to do the deal because it appreciates the work BEC has done in the borough.