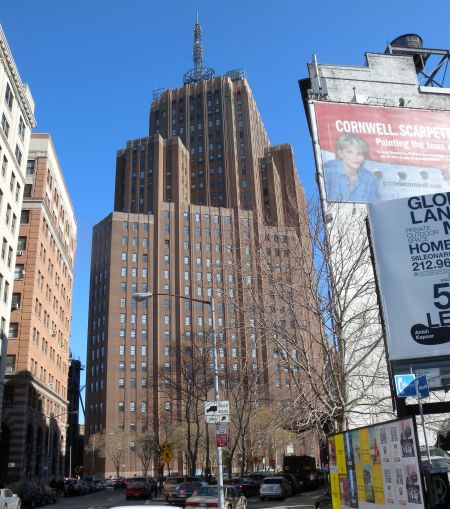 32 Avenue of the Americas. danibalbi

J.P. Morgan Chase and Deutsche Bank underwrote a $425 million commercial mortgage-backed securities loan on behalf of Rudin Management Company to refinance its 27-story office building at 32 Avenue of the Americas, according to documents filed with the city on Oct. 22.

“We felt that over the next year and a half or two years, rates will probably go up, William Rudin, co-vice chairman and chief executive officer of Rudin Management, told Commercial Observer in a phone interview. “We were able to, with the help of J.P. Morgan and Deutsche Bank, execute a structure on that deal that we were very happy with. We put it out for bid, talked to a whole bunch of different lenders, and this seemed to be the best execution and structure.”

The 10-year financing replaces a $360 million loan provided by Prudential Mortgage Capital Company on the 1.2-million-square-foot office tower, also known as the AT&T Long Distance Building. The Prudential loan, which was also securitized in the CMBS market, was originated in March 2007 and set to mature in April 2017. (Prudential ended its CMBS business at the onset of the last financial crisis.)

Since the Rudin family’s acquisition of the Art Deco building in 1999, significant renovations have been completed.

“This is the only office building in our portfolio that we bought and didn’t build ourselves,” Mr. Rudin said. “It’s an incredible, diverse neighborhood and the tenancy reflects unique nature of this building.”

The landmarked property, which occupies an entire block between Sixth Avenue, Walker, Church and Lispenard Streets, is currently 100 percent occupied, according to the building’s owner.