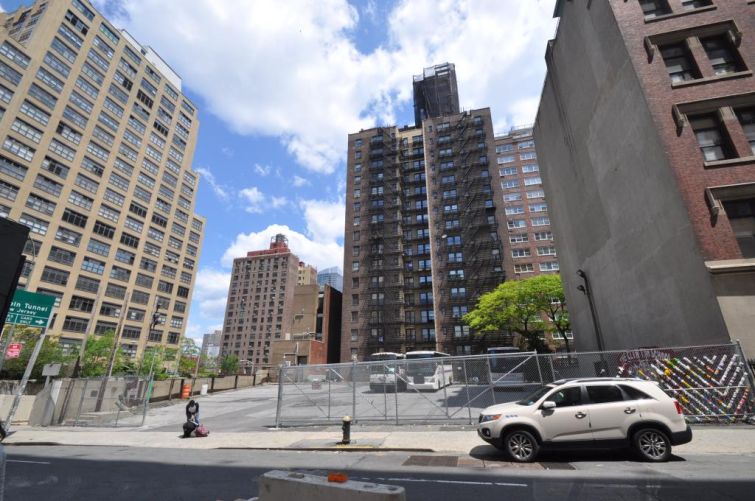 Less than a year after the Port Authority of New York & New Jersey put a pair of Far West Side parcels back on the market, the agency is planning a mixed-use building at the site of one of them.

The PA has filed plans with the city’s Department of Buildings to build a 90-foot, nine-story mixed-use building on the 7,406-square-foot, 75-foot-wide bus parking lot at 431 West 33rd Street, city records show. There will be 24 apartments spread across 40,017 square feet plus 5,461 square feet of retail on the ground floor.

On Sept. 22, the DOB determined SLCE Architects’ plans at the site between 10th and 11th Avenues were incomplete. New York YIMBY previously reported that the PA would be partnering with a private developer at the site. A spokesman for the PA told Commercial Observer it’s “an open procurement.”

“As part of its effort to monetize non-core assets and refocus the agency on its core transportation mission, the Port Authority in 2015 publicly procured unused development rights at this location on the Dyer Avenue corridor,” the PA spokesman said in a statement to CO. “Subject to board approval, the Port Authority is working to finalize a project with a private developer who will invest private capital to develop the site. The Port Authority will not be developing the site itself and any revenues it receives will help further its core transportation mission and needs.”

Last December, the PA was soliciting bids for that site as well as two small strips of land straddling Dyer Avenue at 448 West 34th Street. Dermot Company previously won a round of bidding on the sites with an offer north of $100 million plus a two-year option to purchase development rights on an adjoining lot for over $50 million, as CO previously reported. But that deal broke down by late October.

James S. Davidson, a partner at SLCE, who is listed as the applicant with the DOB, declined to comment.