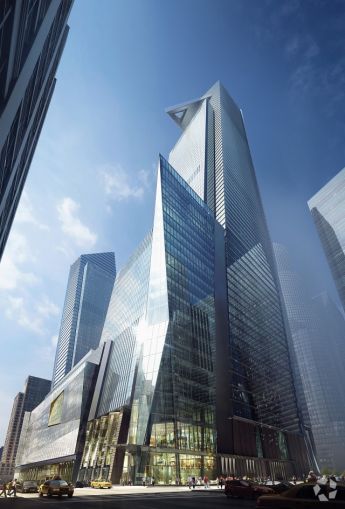 The New York Post reported earlier this week that a deal was close, but Commercial Observer reported in May that the investment firm was shopping around for a 400,000-square-foot condo at Hudson Yards.

The private equity firm will take the top 10 floors of the 70-story office tower slated to be built along the Hudson River, according to a press release by the Related Companies, which is developing the project with Oxford Properties Group. KKR is slated to move its offices to the 2.6-million-square-foot skyscraper in 2020 from 9 West 57th Street between Avenue of the Americas and Fifth Avenue.

Hudson Yards is sandwiched between West 30th and West 33rd Streets, as well as 10th and 11th Avenues.

The price of the office condo was not immediately available.

“This move will allow our teams to work together in a dynamic setting that promotes innovation and forward thinking,” KKR’s Co-Founder and Co-Chief Executive Officer Henry Kravis said in prepared remarks. “Related and Oxford are creating a tremendous amount of energy at Hudson Yards, and KKR is pleased to be a part of it.”

KKR is the second big, institution taking a chunk of the tower and heading west. Time Warner is set to move from its eponymous Time Warner Center, also developed by Related, after it bought 1.5 million square feet in January 2014 at 30 Hudson Yards.

But this office tower is just one piece of the massive puzzle being built literally over a rail yard.

Related’s 10 Hudson Yards next year will be the first office tower to open. The bulk of that building is going to be occupied by Coach, L’Oreal, SAP and social media company Vaynermedia. Equinox Fitness’ first venture in the hotel business will anchor another tower, 55 Hudson Yards. Neiman Marcus is taking the top three floors at the Shops & Restaurants at Hudson Yards—the retail component of the mixed use complex—for its first New York City location.