Dime Selling Off $80 Million Worth of Brooklyn Properties 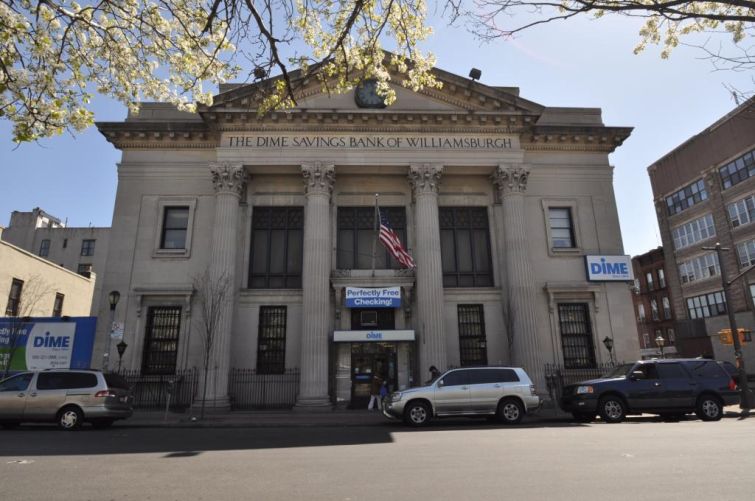 Dime Community Bancshares is selling $80 million worth of real estate assets in the Williamsburg section of Brooklyn to two New York-based developers, according to a release from the company.

The Brooklyn-based financial firm, which is the parent company of Dime Savings Bank of Williamsburgh, announced it had entered into contract with Tavros Capital and Charney Construction & Development, but did not disclose which properties are being sold off. The release states that the buildings housed back-end operations for the company and its bank subsidiary.

The 107-year-old building, which sits at the foot of the Williamsburg Bridge will not be part of the sale, according to Dime.

The deal is slated to close at the start of next year. Dime will keep its employees in the offices for a year once the deal is closed and relocate them in 2017.

A representative for Manhattan-based Tavros Capital confirmed the purchase, but declined to comment. Sam Charney, the head of Long Island City-based Charney Construction & Development, was not immediately available for comment.