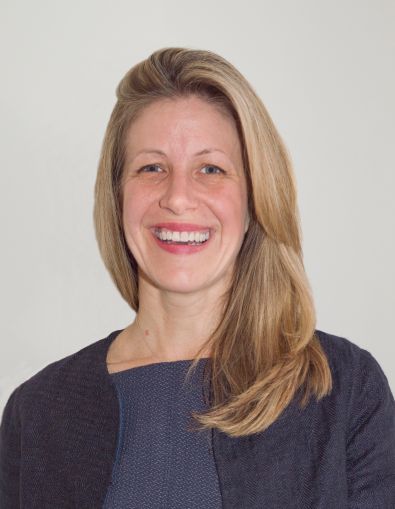 After growing up in a planned community in Columbia, Md., and spending a decade working on the financial sector’s regulatory side at the Federal Reserve Bank of New York, Christina Zausner joined the CRE Finance Council as vice president of industry and policy analysis in 2013. She told Commercial Observer about the trade association’s current work monitoring and assessing regulatory implementations and how she and her colleagues will soon publish a study on the holistic impact of increased financial regulation. Ms. Zausner also spoke about the real estate finance industry’s concern over the High Volatility Commercial Real Estate rule under Basel-III, and the higher costs Dodd-Frank Act might bring to commercial mortgage-backed securities.

Ms. Zausner: I actually grew up in one of the development wonders of the East Coast—Columbia, Md.—which was designed by James Rouse. We used to see him driving around in his Ford Fairlane. My friends from college thought it was sort of plastic and “Pleasantville,” but it was a great way to grow up. Lots of walking, really low-key. A lot of the socioeconomic challenges that are so pervasive today were pretty muted in the 1970s in Columbia. It was very integrated economically, educationally, racially and religiously.

How did you get into commercial real estate?

I think it kind of found me. After working for 10 years on the regulatory side, I wanted to start at the beginning of the process, to impact the rulemaking rather than supervising against it. I met Steve Renna, the chief executive officer of CREFC, and some of the team, and I wanted to do what they were doing. It was as simple as that.

What are some of commercial real estate folks’ biggest risk retention concerns that CREFC is trying to address?

The Dodd-Frank Act is more than 2,300 pages long and we now have tens of thousands of pages of rules. The easiest piece of risk retention is probably the cost aspect. CREFC estimated that compliance with the rule would add roughly 20 to 50 basis points in cost to CMBS deals and the underlying loans.

But, there are other aspects that are more challenging and less quantifiable. For instance, there is an accountability clause that keeps the responsibility for the five-year hold of the B-piece with the issuers. The industry will have to figure out how to ensure that the B-buyers comply with the rules in order to satisfy the issuers, and the answers aren’t necessarily easy.

What are some of the more surprising trends you’ve seen come out of Basel-III?

The fact that the regulators are rewriting and rewriting it. Many of your readers probably already know about the effects that the HVCRE rule is having on construction lending at the banks. But the most headshaking thing for me is that despite our “final Basel III risk-based capital” rule in the U.S., we are going to see revisions in the near future, and it’s not clear what the impacts will be.

Back to the HVCRE rule, it is a good example of a piece of regulation that intends to do big things, but may have some pretty significant negatives attached. The regulators clearly want to move some construction lending outside of the banks. That makes sense to a certain degree, since it has been associated with outsized losses in the past. But let’s think about the fact that construction works for banks on two levels regardless of certain risks—one, it provides them with fee income; and two, construction loans are shorter term, which is a good from an asset and liability management perspective. So, you move construction lending out and what will replace that product? Presumably it would be with products with additional interest rate risk. I’m not sure that’s the right thing for the banking system en masse today.

And the second thing that HVCRE is weak on is the standard it is driving. The rule seems to be poorly designed and is incentivizing lenders to reduce equity commitments instead of raising them.

What are some of the other things CREFC is working on right now?

We are monitoring a lot of rule implementation and assessing the effects on market structure and processes. I think CREFC’s real value to our members is when we can assist in the implementation and also educating the official sector—Congress and the regulators—about regulatory impacts. We are coordinating more than a half a dozen standards and implementation working groups and are about to publish a study on the holistic impact of regulation, which we will use as the basis for educational sessions with Congressional staff.

Outside of regulatory issues, what are you paying the most attention to?

Spreads. We obviously remain in the zero lower bound interest rate quandary, but spreads are getting more volatile. That tells us a lot about where we are in the cycle and how the market structure has changed.