3.5M SF of Air Rights for Sale in Midtown East if Steering Committee Recs Get OK 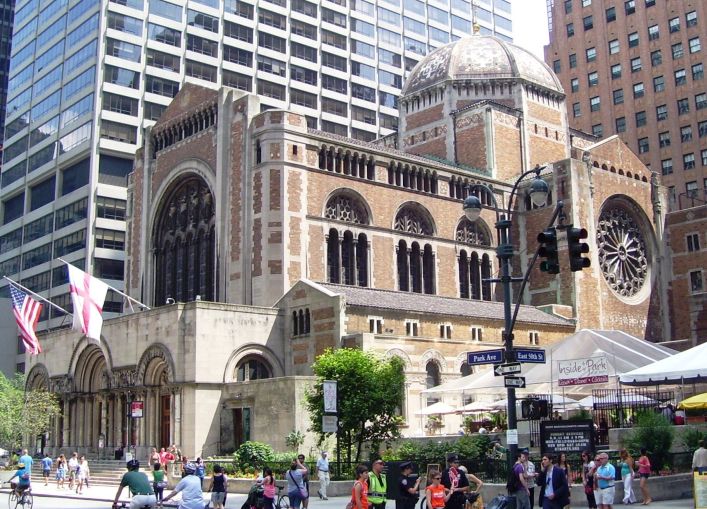 The owners of landmarks throughout the east side of Midtown are about to see the market open up for their 3.5 million square feet of air rights.

A steering committee made up of elected officials and community groups has released its much-anticipated recommendations to rezone the Midtown East area.

There will be two options for increased zoning, if the plan is approved. The first is to allow developers to increase their floor-area-ratio by initially investing in nearby public transportation, namely subway platforms, according to the executive summary of the report. The other option lets owners of landmarked buildings within Midtown East would be able to sell unused air rights to a project throughout the 73-block district bound by East 39th and East 57th Streets, and Second through Fifth Avenues.

While untapped development rights might be sold at market rate, the city would received 20 percent to 40 percent off of each transaction for a public improvement fund. The goal here, according to the executive summary, is to ensure public spaces in the district are improved for pedestrians in the district.

The report estimates that 19 landmarked buildings alone offer the 3.5 million square feet of development rights that otherwise cannot be used. Those include religious institutions like St. Bartholomew’s Episcopal Church, Central Synagogue and St. Patrick’s Cathedral—potentially creating an otherwise untapped cash flow. While those institutions are happy about the potential market opening, the entities expressed concern in a joint statement that the high cut the city would take from each sale could diminish their profits. The statement went on to ask the City Planning Commission to examine the percentage per sale going forward.

“We applaud the East Midtown steering committee for recommending that designated landmarks be permitted to transfer their unused development rights across the entire East Midtown area,” reads the statement, which was released shortly after the report. “However, we are concerned that the high assessment on transfers proposed in the Committee report greatly diminishes the rezoning’s twin objectives of promoting development and historic preservation and we urge careful consideration of the plan to ensure our institutions can take full advantage of this unique opportunity.”

As of now, property owners can only sell untapped air rights to adjacent properties citywide, with the exception of special districts that allow them to sell sometimes across the street or within a few-block radius.

“These recommendations will help enhance the East Midtown area as a world-class commercial district in the 21st century,” Manhattan Borough President Gale Brewer, who co-chaired the committee with Councilman Dan Garodnick, said in prepared remarks. “They will ensure that development doesn’t happen haphazardly and that landmarks, open space and transit upgrades are at the forefront of the development process, rather than an afterthought.”

The transportation improvement aspect is relatively similar to the zoning of Vanderbilt Avenue from East 42nd to East 47th Streets earlier this year. That proposal allows upzoning for projects that first invested in subway platform improvements at Grand Central Terminal.

Today’s Midtown East recommendations allow for a developer to first invest in a specific subway station if it’s in “immediate proximity” to the given transit hub, according to the executive summary.

“We are delivering a framework that will unlock the economic potential of this world-class business district, while preserving our historic resources and ensuring that the public derives a benefit from new development projects,” Mr. Garodnick said in prepared remarks. “East Midtown’s potential will be realized both with new Class A office space, and with considerable improvements to our public realm and infrastructure.”

Improvement in the subway system could potentially take some of the burden off of the Metropolitan Transportation Authority, which is juggling the massive Second Avenue subway line and East Side Access projects. In an August Sit-Down interview with Commercial Observer, MTA Capital Construction President Michael Horodniceanu said the real estate industry needed to invest more in public transportation improvements.

He added that a one-time investment might not be enough, however, and suggested a tax that would go directly to capital improvements. “When I say come up with funding, someone is always good at giving us a one-shot deal,” Mr. Horodniceanu said. “It’s not good. We need a dedicated source of money so you can rely on it.”

The long-awaited recommendations on who can sell air rights and where were released on the heels of the owner of Grand Central’s lawsuit against the city and developer SL Green Realty Corp. over rezoning the Vanderbilt Corridor. Andrew Penson, who bought the rail hub nine years ago, is seeking $1.1 billion in damages from the city. He alleged in a lawsuit filed in federal court last month that, among other things, the ability for a developer to invest in public transportation for more zoning has frozen out his ability to sell 1.3 million square feet of air rights.

SL Green is developing the 1,500-foot-tall 1 Vanderbilt tower across the street from Grand Central. In exchange for the zoning to build higher, the developer agreed to invest $220 million into subway platforms below Grand Central. An SL Green spokesman said the city and community supported the special zoning permit, in a statement provided to CO last week regarding the lawsuit.

“One Vanderbilt won the support of a broad coalition of transit advocates, community leaders and elected officials through a rigorous public review process because of the project’s unprecedented commitment to improving the commutes for millions of New Yorkers and bringing state-of-the-art office space to a revitalized East Midtown,” the spokesman said. “We are already hard at work delivering on those commitments and won’t be sidetracked by frivolous litigation.”

The proposals will next get hammered out by the CPC and other agencies, CPC Chair Carl Weisbrod said in a press release accompanying the report. If given the green light, the plans would enter the city’s formal zoning process.